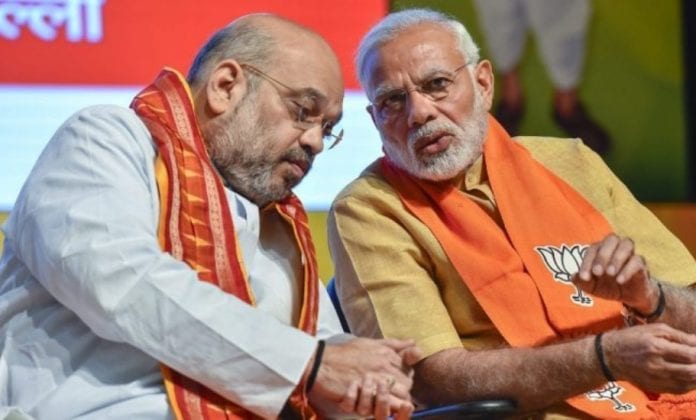 The government’s move to create a new ‘Cooperation Ministry’ aimed at strengthening the co-op movement in the country has drawn sharp reactions from the Opposition, which says it is an attack on federalism as ‘cooperatives’ is a state subject.

Gujarat too has over 81,000 cooperative societies.

Congress leaders said since multi-state cooperative societies are already governed by a central Act –the Multi State Cooperative Societies Act of 2002 – there is no need for a separation cooperation ministry. They suspect the ministry has been created with Gujarat and Maharashtra in mind. In Maharashtra, NCP and Congress leaders control most of the cooperatives, including sugar mills.

Also read: Cooperative banks to be supervised by Reserve Bank of India

“It is a fact that existing laws were not implemented very rigorously. Sharad Pawar was the Agriculture Minister for a very long time… the department of agriculture, cooperation & farmers’ welfare was one of the departments under the Agriculture Ministry. Things may change. We know about the Maharashtra State Cooperative Bank scam…will Amit Shah (who heads the new ministry) get any jurisdiction over that? Something is afoot…there is some political mischief,” an unnamed senior Congress leader was quoted by The Indian Express as saying.

Former Maharashtra CM Prithviraj Chavan also questioned the need for carving out a separate ministry. “Administratively it makes no difference. But there is a political significance behind Amit Shah getting the additional charge. For BJP both Maharashtra and Gujarat are crucial and cooperatives are quite strong there,” he said.

The Assembly polls are due in Gujarat next year and the BJP dislikes the three-party alliance Maha Vikas Aghadi government in Maharashtra.

Chavan said Uttar Pradesh, which has the largest number of Lok Sabha seats, and Maharashtra, the state with the second-largest number of seats, are both slipping out of the BJP grip. “In that background, this whole ministry has been carved out and given to Shah. So we feel there is some ulterior motive,” he said.

CPI-M general secretary Sitaram Yechury had earlier tweeted: “Cooperative Societies is a state subject in the Constitution’s 7th Schedule. It is yet another assault on federalism. After looting PSU banks giving huge loans to cronies now targeting deposits in cooperative banks across the country for more loot.”

His CPI counterpart D Raja asked “what is the purpose and scope of this ministry?”

“Since Parliament session is about to begin, we hope the government will give us a satisfactory explanation,” said one opposition leader.

He said Amit Shah has been associated with the development of the cooperative sector in Gujarat and has experience in the sector.