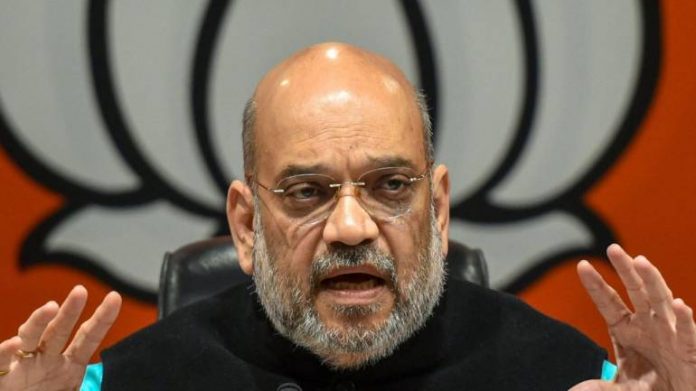 Union Home Minister Amit Shah on Wednesday (August 28) said that the conviction rate in criminal cases in the country is “very pitiful” and age-old police techniques like administering third-degree (interrogation) to suspects and phone tapping will not yield the desired results in curbing crime.

Addressing the top brass of police organisations in Delhi during the 49th Raising Day event of the Bureau of Police Research and Development (BPRD), a national police think tank Nunder the home ministry, he said that the use of forensic evidence is the need of the hour for police investigators to clinch convictions against criminals.

Shah gave a hint on things that are to come in the future when he said that he has asked the BPRD to prepare a plan to have modus operandi bureaus at the national and state level and that the government is mulling over making forensic evidence compulsory in all criminal cases where the quantum of punishment is seven years or more.

He said that he has asked the BPRD to initiate a countrywide “consultative process” for effecting changes in CrPC (Criminal Procedure Code) and IPC (Indian Penal Code).

“All suggestions should be documented and recommendations should be sent to the ministry. There has been no change for a long time in CrPC and IPC and we should go forward on this,” he said.

The BPRD, under the home ministry, is tasked with preparing and suggesting better working policies and technology solutions for the police forces and act as a national think tank on policing.

Shah then talked about the success rate of police investigations in courts. “The conviction rate is very pitiful in the true sense. It cannot go like this in these times. This needs to be corrected and this can only be corrected when a probe is supported by forensic evidence.”

“If a charge sheet is supported by forensic evidence, then there are not many options before the judge and the defence lawyer. Automatically, the conviction rate will improve,” Shah said. He also said, “it is very essential that the police keeps four steps ahead from criminals and criminal-minded people”.

“The police should not be behind. It will only be possible when modernisation (of the police) is done in a holistic manner. It is not the age and time to use third-degree. We should use scientific techniques for investigation,” the home minister said, adding, “Telephone tapping will not yield any results.”

“If you want to do pre-emptive policing, if you want to stop crime, then the old techniques should be put in use in these new times and brought into the system,” he said. The minister said that old techniques like community policing and informer system have “big utility” as he underlined that the beat system, where a constable and other senior cops are entrusted an area, needs to be strengthened.

Also read: Chennai police’s use of facial recognition technology can do more harm than good

Shah talked at length about using forensic science in police investigations as he said that his government has a plan on this subject. “A police and national forensic science university will be created at the national level. Its affiliated colleges will be there in every state and after class 12 if any student who has decided to pursue a career in police or CAPFs, we should ensure that training of such students is done from the beginning itself,” he said.

Such a student, he said, should get “weightage” when they sit in exams. “BPRD has sent the proposal to us and in few days we will put it before the Cabinet for a final decision,” he said.

He also shared his ideas on widening the ambit of forensics-based investigations. So, a government could decide that, in crimes where the punishment is seven or more years, then forensic visit or evidence should be compulsory. But to implement this, will require manpower, he said.

“We don’t have it (manpower). So, we will have to raise manpower first to get forensic science trained students and officers. We will have to make a time-bound system to get this manpower. Such an experiment has been successful in Gujarat and no student who passed out from the forensic science university is unemployed,” he said.

“I believe the usage of FSL (forensic science laboratories) should be encouraged and made compulsory under law. We will then see more success in getting criminals punished and after this only the tendency to commit a crime will reduce. BPRD should also work on this,” Shah said.

The minister asserted that a good law and order environment in the country is essential to realise Prime Minister Narendra Modi’s dream of making India a $5 trillion economy and getting the country a place among the top 3 economies of the world.

He added that police reforms and reforms in policing are two very different areas and there is a need to “design” afresh for the latter. “I think reform in policing is required and we have to change the police perspective of tackling law and order. The home ministry is working on this at different levels and some plans are there in my mind and some officials are also working on it,” he said.

“It is not always that the police gets leadership with motivation. When such leadership is not provided then the graph goes down. Things can be made better when we make systems institutionalised.”

Shah asked the BPRD to prepare a blueprint for the creation of modus operandi bureaus at the national as well as state level. He said that these bureaus will study the technique of crime and the mentality of criminals and that this will help in both reducing and stopping crime.