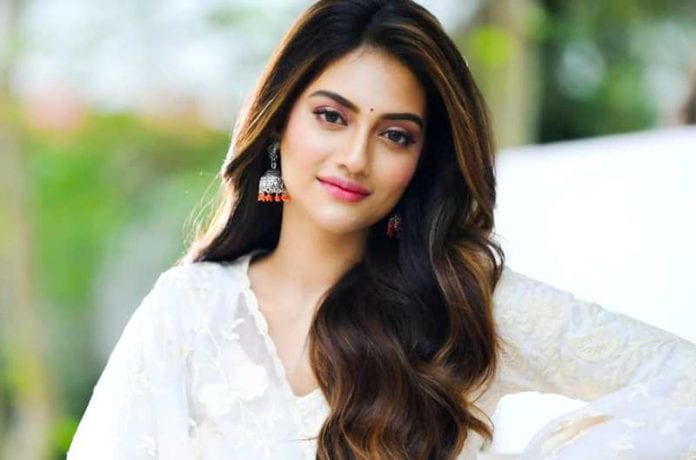 Actor-turned politician Nusrat Jahan accepted the invitation of the ISKCON to be a “special guest” at the inauguration of its Rath yatra in Kolkata on Thursday, a move likely to upset Muslim hardliners, who have been accusing her of being un-Islamic.

“My best wishes to all members of the ISKCON… I will be present at the auspicious Rathyatra on July 4. On behalf of the ISKCON, I also invite you all to be present on the occasion… See you all on July 4 morning,” Jahan, who recently got elected as member of parliament on Trinamool Congress ticket said in a brief video message.

Incidentally, the Rath yatra inauguration coincides with her wedding reception to be held in the evening at Kolkata’s ITC Royal Hotel where who’s who of the state is likely to attend.

The International Society for Krishna Consciousness (ISKCON) extended the invitation to the Trinamool Congress lawmaker for her “believe in inclusivity.”

Many, however, question the timing and intention of the ISKCON in sending out the invitation. In the past the religious organization was accused of being close to the ruling party in Bengal.

Ahead of the Lok Sabha elections early this year, the ISKCON courted controversy after some media alleged it of circulating a short video requesting its ten lakh devotees to vote for the leader, who had stood by them in the hour of crisis.

As the appeal was made, a picture of a smiling chief minister Mamata Banerjee flashed on the screen, with ‘Jai Shree Krishna’ chants from followers in the background.

The ISKCON, however, quickly disassociated itself with the video.

Sources, however, said Banerjee had obliged the ISKCON by exempting land ceiling on an area of 350 acres of land in Mayapur where it proposes to build a grand temple and an international city.

Banerjee, however, relaxed the law for the ISKCON and a few industrial houses.

Like previous years, chief minister will be the chief guest at the inaugural ceremony on Thursday.

Meanwhile, Jahan told the media after accepting the invitation,“I was, I am and I will continue to be secular till the end. I will continue to respect all faiths,” The young MP from minority-dominated Basirhat Lok Sabha constituency has been vilified by Islamists for marrying outside her religion and making “un-Islamic” post-marriage appearance at her oath-taking ceremony in Parliament on June 25.

Jahan recently got married to a Kolkata-based businessman Nikhil Jain.

Islamic seminary Darul Uloom of Deoband in Uttar Pradesh took serious exception to her behaviour. Deoband Ulema Mufti Asad Qasim said as per Sharia, a Muslim could marry only a Muslim. He further went on to add that chanting of ‘Vande mataram’ by the MP was against the tenets of Islamic faith.

Jahan was also trolled in the social media for allegedly violating “Islamic norms” by wearing mangalsutra and vermilion (sindoor) and saying “Vande mataram” during her oath-taking ceremony in parliament.

Refusing to be cowed down, the first-time lawmaker in a statement had hit back at her critics saying: “I represent an inclusive India which is beyond the barriers of caste, creed and religion.”

“As much as I respect all religions… I still remain a Muslim and none should comment on what I choose to wear. Faith is beyond attire and is more about believing and practicing the invaluable doctrines of all religions,” she had added.

Her stand was hailed by lawmakers cutting across party lines. But to everybody’s surprise, ISKCON, dedicated to devotion for Lord Krishna, too decided to “celebrate” her spirit.

“We have people of all faiths from across the globe as our devotees, who bring their varied ethnicities to ISKCON and enrich it. We find Jahan’s stand to be totally in sync with our ideals and have decided to celebrate it,” ISKCON spokesperson Radharaman Das said while extending the invitation to the lawmaker.

After she accepted the invitation, Das tweeted:  “You are really showing the road forward. Respecting and caring for what other believes and participating in others festivities & celebrations is a sure way to achieve that elusive social harmony (sic).”

Over 1.5 million people are expected to attend the 48th edition of ISKCON Kolkata Rath yatra to be held from July 4 to 12.

The ISKCON’s event in Kolkata is the second largest Rath yatra after Puri in Odisha.  Mamta Banerjee is under pressure in West Bengal as BJP’s is continuing with its aggressive political activity following its success in recent parliamentary elections.