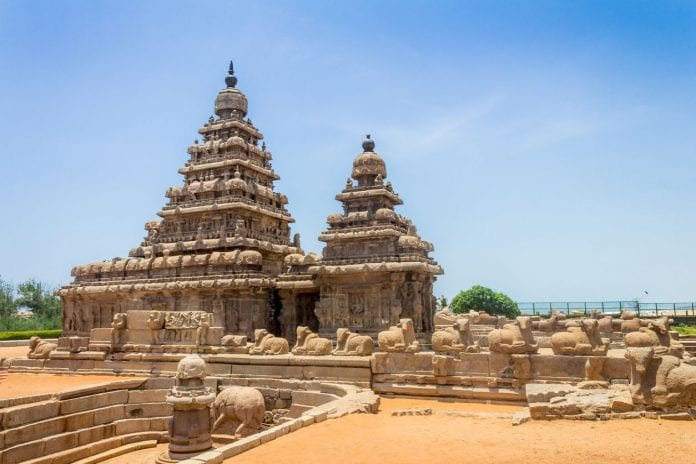 It’s time. The coastal city of Mamallapuram is all prepped and decked to host the much-awaited meeting between Prime Minister Narendra Modi and Chinese president Xi Jinping, but the reason behind the choice of the venue has been a mystery so far.

If general assumption is considered, the town developed by the Pallava kings could have been chosen by the Indian government for its historical significance. However, there are mixed media reports on who chose the place. While a prominent newspaper recently revealed that it was China that picked the venue for the second informal meeting between Modi and Xi, India Today in a report on Friday quoted government sources as saying that it was Prime Minister Modi who indeed shortlisted the spot.

The earlier news report said the idea to have the event in Mamallapuram was pitched by Luo Zhaohui, a former Chinese ambassador to India who was a student of Chinese scholar Xu Fancheng in Auroville. According to reports, the decision was taken at a meeting of China experts. However, the India Today report claimed that Modi himself chose the venue as “he was familiar with the historical connection between Chennai and China”.

The Indian government’s ready assent to the choice of venue is also being dubbed as a political move by the Modi-led BJP government to woo the Tamil voter and make inroads into the state, after it failed to secure a single seat in the Lok Sabha elections earlier this year.

The choice of Mamallapuram as the venue for a such a significant diplomatic meet, has also mellowed acerbic voices in Tamil Nadu which a few days ago had criticised the Centre for allegedly trying to impose Hindi in the state after home minister Amit Shah’s proposed to make it a link language in the country. The past bitterness against BJP – seen as a ‘Hindi party’ – and Modi in the state seems to have been diluted, with regional leaders like DMK chief MK Stalin and MDMK leader Vaiko thanking the prime minister for choosing Mamallapuram as the venue.

The Centre’s attempt to put Mamallapuram on the global map and the changing rhetoric against the BJP is being called as a beginning of a game-changer for the saffron party in a state which so far has been dominated only by the Dravidian parties.