The Supreme Court on Monday (March 2) rejected a curative petition filed by one of the convicts, Pawan Kumar Gupta, sentenced to death in the 2012 Nirbhaya gang rape and murder case.

A five-judge bench headed by Justice NV Ramana said that no case is made out for re-examining the conviction and the punishment of the convict.

The bench which considered the curative plea in-chamber, also rejected Pawan’s application seeking a stay on the execution of death sentence which is scheduled for Tuesday.
“The application for oral hearing is rejected. The application for stay of execution of death sentence is also rejected. The curative petition is dismissed…,” the bench, also comprising Justices Arun Mishra, R F Nariman, R Banumathi and Ashok Bhushan, said.

The petition had sought commutation of his death penalty to life imprisonment.

In his plea, Gupta had pleaded that his age on the day of offence in 2012 was 16 years and two months as per the school records last attended by him and that “the age has not been determined in accordance with the procedures laid down under the Juvenile Justice Act”.

The 25-year-old is the last of the four convicts to file a curative plea. Now, he has the option of filing a mercy plea.

Two other out of the other three convicts, Mukesh Kumar Singh and Vinay Kumar Sharma, moved the top court after having their mercy pleas rejected only to find their pleas getting thrown out. On February 29, they moved a Delhi court seeking a stay on the execution of the death warrants, which has been scheduled for March 3. 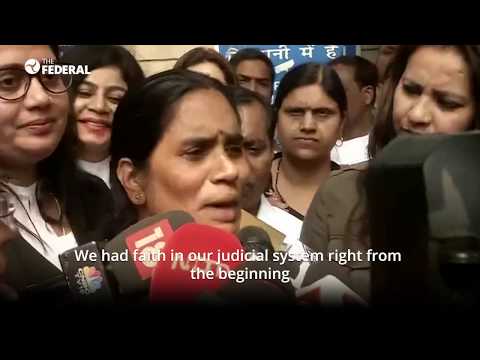 One of the accused in the case, Ram Singh, committed suicide in jail. Another juvenile was released after spending three years in a reformation home.

On December 16, 2012, a 23-year-old physiotherapy intern, who came to be known as ‘Nirbhaya’ (fearless), was gang raped and savagely assaulted in a moving bus in South Delhi. She died after a fortnight in a Singapore hospital.

The sheer brutality of the crime shook the conscience of the nation which led to protests all over forcing changes in law.