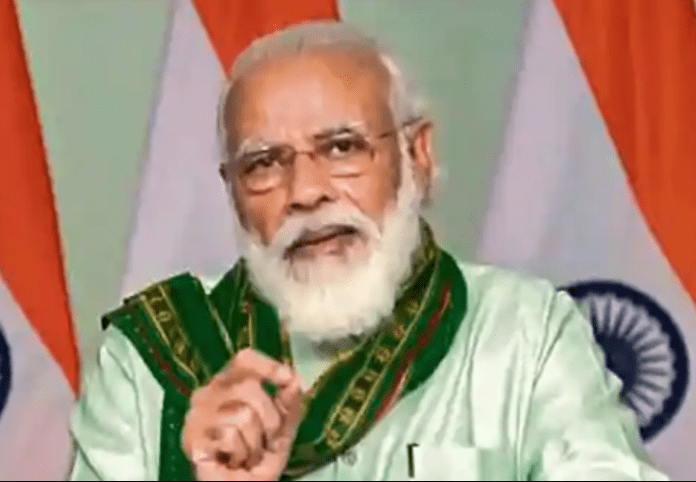 A number of newly appointed ministers took charge of their assignments on Thursday (July 8), a day after Prime Minister Narendra Modi effected the biggest reshuffle of his Cabinet.

Among those who reported for duty included Mansukh Mandaviya, the new health minister, Ashwini Vaishnaw, the new railways and IT minister, Anurag Thakur, the new information and broadcasting minister and Kiren Rijiju, the new law minister.

Mandaviya, a 49-year-old politician from Gujarat, takes charge at a critical time in the government’s fight against COVID-19. Visuals from news agency ANI showed him being greeted at the offices of the Ministry of Health and Family Welfare.

Mandaviya will also head the chemicals and fertilisers ministry.

“I have been given a responsibility by the prime minister and I will try my best to fulfil his expectations,” he told ANI.

Mandaviya said he had visited the facilities of three COVID vaccine manufacturers in the country – Serum Institute in Pune, Zydus and a Bharat Biotech facility producing Covaxin in Ahmedabad – over the past week.

Mandaviya’s deputy, Dr Bharti Pravin Pawar, also took charge of her role. She said: “Efforts are [being] made towards betterment [of existing health infrastructure]. We will work for betterment of rural areas. I believe everyone will be happy.”

In a short video shared by ANI, Vaishnaw was seen seated at his new office at Rail Bhawan and interacting with his officers.

“Took charge as Cabinet Minister of Railways today. Once again, from the core of my heart, I extend my gratitude to Hon’ble PM Narendra Modiji for entrusting me this responsibility,” he tweeted.

Took charge as Cabinet Minister of Railways today. Once again from the core of my heart, I extend my gratitude to Hon’ble PM @narendramodi ji for entrusting me this responsibility.@RailMinIndia pic.twitter.com/OvhRwVHFNX

“Indian Railways is a major part of PM Modi’s vision. His vision for the railways is to transform the lives of the people… that everyone – common man, farmers and the poor – get the benefits. I will work for that vision,” Vaishnaw said.

Vaishnaw also took charge as the IT minister, replacing Ravi Shankar Prasad, who was lately locked in a row with Twitter over the new IT rules. His deputy in the ministry, Rajeev Chandrasekhar, also took charge.

Kiren Rijiju, who replaced Prasad as law minister, also took charge. Asked if he would take help from his predecessor, Rijiju told NDTV: “It is always about team work… it is about a collective responsibility. Nothing happens alone.”

Rijiju, who was promoted from a junior minister rank, is a law graduate who earlier handled youth affairs and sports. He represents the Arunachal Pradesh West constituency in the Lok Sabha.

Thakur, who was formerly junior finance minister, took charge at the I&B ministry, which was previously led by Prakash Javadekar. Javadekar, who was also the environment minister, was dropped from the cabinet.

“PM Modi has done terrific work in the last seven years to take India forward. The work done by people before me in the I&B ministry and the responsibility given to me by the PM… I will try to meet those expectations,” Thakur said.

Lekhi – a Lok Sabha MP from Delhi – is the junior minister in the external affairs and culture ministries.

“Women have been given big responsibilities. People used to speak of women empowerment but PM Modi made it possible that the country is led by empowered women, who are provided recognition and given responsibility… this is praiseworthy,” she told ANI.

Dharmendra Pradhan, who was previously the petroleum minister, took charge as the education, and skill development and entrepreneurship minister. Ex-aviation minister Hardeep Singh Puri, who replaced him as the minister for petroleum and natural gas, also assumed office.

Munjapara Mahendrabhai took charge as a junior minister in the women and child development ministry, headed by Smriti Irani.

Jyotiraditya Scindia, the former Congress leaders, has been given charge of civil aviation, a ministry once headed by his father the late Madhavrao.

Sarbananda Sonowal, who stepped aside as Assam chief minister so Himanta Biswa Sarma could be appointed, has been given ports, shipping and waterways. He will also handle the Ayush ministry.

Should govt offer a lifeline to embattled Vodafone Idea?