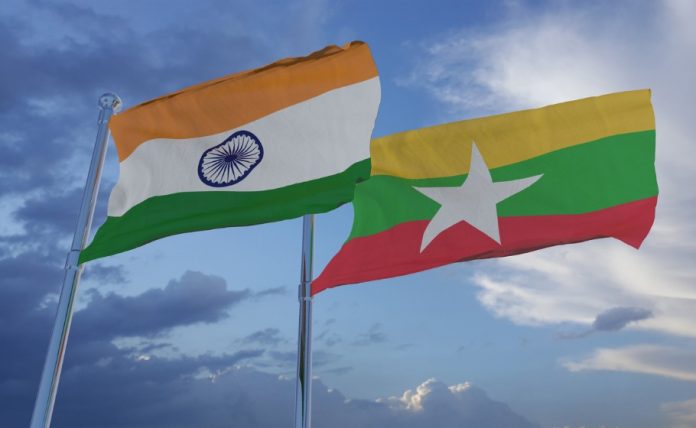 A Myanmar-based militant group capable of subverting India’s strategic interests has made an informal request seeking asylum in Mizoram for family members of its leaders, a development that could put New Delhi in a cleft stick.

The Chin National Army (CNA) earlier this week approached Mizoram’s Farkawn village council seeking refuge in the village for about 40 families, anticipating a renewed crackdown against it by Myanmar’s new military regime.

Farkawn is a small bordering village in Mizoram’s Champhai district. The headquarters of CNA called Camp Victoria is only a few kilometres from the village.

“I have sent a report to the state home department about the CNA’s request relayed through the village council,” Champhai deputy commissioner Maria C.T. Zuali said.

Following the CNA’s request, the DC communicated to all the bordering villages to report any illegal entry from across the border to the district authority.

The alert is issued because any flare-up in Myanmar could lead to an exodus of refugees to Mizoram as it had happened in the past.

On the asylum request, the DC said she had asked the village council to convey to the CNA leadership that they needed to make a formal request giving such details as name, age, and citizenship proof of Myanmar.

“So far, no formal request has been made,” she said.

The government would take a call only after receiving a formal request, said a senior Mizoram government official seeking anonymity.

The CNA was formed in March 1988 to seek a “Federal Union based on self-determination, ethnic equality and democracy.” The group is active in the Chin state of Myanmar.

It signed a ceasefire agreement with Myanmar army in 2012. It was also a signatory to the National Ceasefire Agreement signed by several ethnic insurgent groups of Myanmar in 2015.

Though the militant group is in a truce agreement with the Myanmar government, its leadership fears the new military regime that recently took over, ousting a democratically elected civilian government, could be repressive to ethnic minorities.

“We need to be alert as we don’t know what to expect of this new regime. So we are seeking temporary shelter in Mizoram for our families,” Kima Salai, a leader of the CNA was quoted as saying by a local media.

India needs to keep ethnic militant groups based in Chin and Rakhine states in good humour to protect its strategic interests in Myanmar without antagonising military junta.

“We believe that the rule of law and the democratic process must be upheld. As immediate neighbours with close cultural and people-to-people ties as well as relations strengthened by exchanges in trade, economy, security and defence, we are closely monitoring developments in that country. We will remain engaged with all concerned on this issue,” Anurag Srivastava, spokesperson of ministry of external affairs, said in a media briefing on Friday (February 12).

Peace in Chin and Rakhine states is prerequisite for the smooth completion of the $484-million Kaladan Multi Modal Transit Transport Project initiated by India under its Look East (Now Act East) policy.

Already another ethnic insurgent group, the Arakan Army (AA), from time to time is causing hardship for the project. In 2019, the proscribed group had taken hostage five Indians working in the project along with five Myanmar nationals, including an MP.

They were later released ostensibly following the intervention of Mizoram Chief Minister Zoramthanga, who himself is a militant leader-turned-politician.

China is said to be arming the AA to expand its influence in western Myanmar, areas bordering India. The AA is active in Rakhine and parts of Chin state.

It will further harm India’s interest if the CNA too falls in Chinese lap in the event of any crackdown against it by Tatmadaw (Myanmar security forces).

“India will be in a fix if the CNA make formal request for the asylum. An outright no will turn the CNA against India, which will be detrimental to India’s interest in Myanmar. At the same time India cannot also afford to antagonise junta, which has been very cooperative in taking action against Indian rebels hiding in Myanmar,” said Zodin Sangha, an Aizawl-based journalist.

Meanwhile, a New Delhi-based rights human group said India should give refuge to the Chin refugees if they face persecution in Myanmar.

“India must process the asylum applications of these Chin refugees to protect their right to life. The Chin refugee families must not be re-fouled like the Rakhine Buddhist refugees in July 2019. If India opposes the military coup d’etat in Myanmar, it ought to grant refuge to the fleeing Chin refugees,” stated Suhas Chakma, Director of the Rights and Risks Analysis Group (RRAG).

At least 100,000 people had been displaced in Rakhine and adjoining Chin states in over one year-long clashes between Myanmar forces and the Arakan Army in 2019-20, a report of the Human Rights Watch said quoting local civil society networks.

The Rakhine State government estimates that approximately 50,000 people had been displaced since fighting broke out in January 2019.