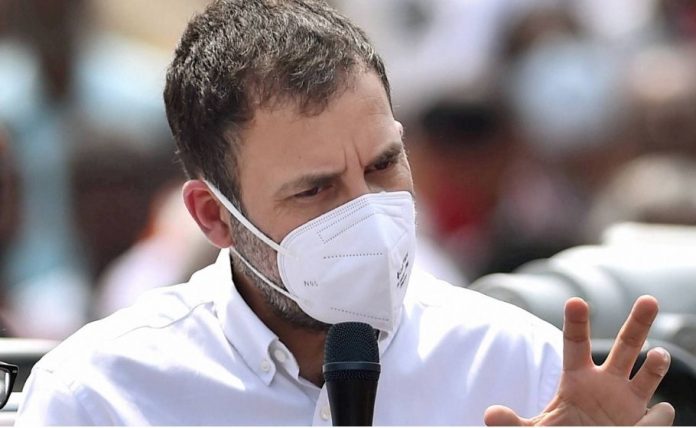 Rahul Gandhi – 'As far as 60 per cent of the country is concerned, there was no Parliament session': File Photo

Opposition leaders including Congress MP Rahul Gandhi held a march outside Parliament on Thursday to protest against the abrupt end to the Monsoon Session and alleged manhandling of their MPs in the Rajya Sabha.

Several opposition leaders met in the chamber of Leader of Opposition in the Rajya Sabha, Mallikarjun Kharge, and then walked in protest from Parliament House to Vijay Chowk. Gandhi, NCP leader Sharad Pawar, Kharge, Shiv Sena’s Sanjay Raut and Rashtriya Janata Dal spokesperson Manoj Jha were among those who were present.

Raut also condemned the alleged assault on women MPs in the Upper House. “The opposition didn’t get a chance to present their views in Parliament. Yesterday’s incident against women MPs was against democracy. It felt like we were standing at the Pakistan border,” he said.

On Wednesday, several women Congress MPs alleged they were physically bullied by male marshals as they were protesting in the well of the House. Congress’s Chhaya Verma and Phulo Devi Netam alleged that male security personnel manhandled them and Netam fell in the melee.

Pawar said that in his 55 years as a parliamentarian, he had never seen women MPs being attacked. He alleged that more than 40 men and women marshals and security staff were deployed in the Upper House, including some who were brought from outside. “It is painful. It is an attack on democracy,” Pawar said.

Congress chief whip in the Rajya Sabha Jairam Ramesh said the insurance amendment bill to privatise GIC was passed with a large force of security personnel present. “The government refused to send it to a select committee… a demand by all opposition parties, including those close to the BJP. What happened this evening was worse than atrocious,” he said on Twitter. “Presiding officers in Parliament are supposed to be neutral umpires, not partisan players. They cannot present a totally one-sided picture of goings on in the House and further aggravate the situation. Misplaced emotion leads to commotion,” he also said.

Parliament was adjourned sine die on Wednesday, two days earlier to the schedule. Both Vice-President Venkaiah Naidu, the chairman of the Rajya Sabha, and Lok Sabha Speaker Om Birla expressed anguish over the washout.