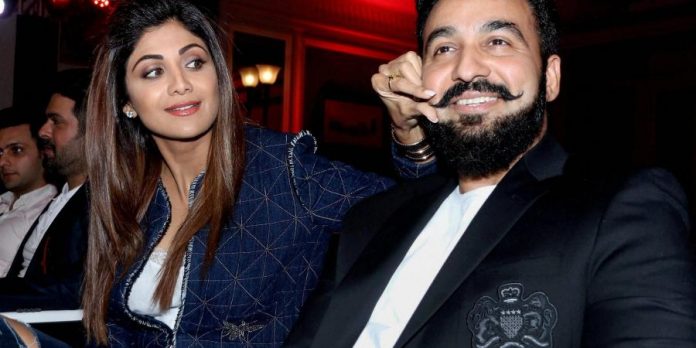 The sudden descent into infamy of businessman Raj Kundra, the husband of actor Shilpa Shetty, over what Mumbai police claim a prostitution racket being run by him appears to be a result of dogged pursuit by the police to blow the lid off a well-organized group that lured aspiring models/actors into high-end flesh trade.

Kundra was produced in a court on Tuesday (July 20) and sent to police custody till July 23 for his role in the alleged making of pornographic films and publishing them through some mobile apps.

“Though the company was registered in London, the content creation, operation of the app and accounting was done through Kundra’s Viaan Industries,” said Milind Bharambe, Joint Commissioner of Police (Crime), at a press briefing.

Kenrin is owned by the brother-in-law of Raj Kundra, he said. The police claim to have gathered evidence establishing links between the two business entities, the officer said.

Five persons assisting in the filming process were arrested and a woman was rescued from the house, the police said. Those arrested included Rowa Khan, producer of such films and small-time actor Gehna Vasisht.

The rescued woman was later made a complainant in the case which led to the arrest of Raj Kundra on July 19.

The police said the persons, arrested from the Madh Island house would offer aspiring actresses coming to Mumbai from rural areas of the country roles in web series. On the day of the shoot, the accused told the women the script had been changed. They would allegedly ask them to undress and shoot intimate scenes.

The police said the women were threatened with the huge bill for setting up the shooting if they resisted. The “victims” coming from poor financial backgrounds would succumb.

The accused put these movies on mobile apps like Hot Hit Movies and Hotshots. They allegedly also offered subscriptions on the lines of mainstream OTT platforms and also put up adverts on social media platforms.

The police claim these apps became popular during the lockdown, with the subscriber base swelling to lakhs.

The crime branch also focused on platforms to which such films were sold. It was during this probe that the police arrested Umesh Kamat, who worked with UK-based Kenrin Pvt Ltd, a production company that owns the Hotshots app where some of these movies were uploaded.

Based on Kamat’s questioning and going through his call records, the police found that while Kenrin owned the app, it was allegedly being run by Kundra through his Mumbai-based company Viaan Industries. A charge sheet filed in April, however, did not name Kundra.

After further probe and a scan of the technical data on Kamat’s laptop, the police sought the court’s permission to search Kundra’s office. Eventually, a police team raided the place on Monday and claimed to have found “incriminating evidence.”

About the delay in his arrest in the case in which a charge sheet was filed in April, Bharambe said there was a lot of electronic evidence to be scanned to build a strong case. Transfer of money, real ownership of accounts, the content and publisher were to be verified before the police could take strong action, he said.

BJP can go to any level, need to protect Hima...

Bhupendra Patel to be sworn in as Gujarat CM ...