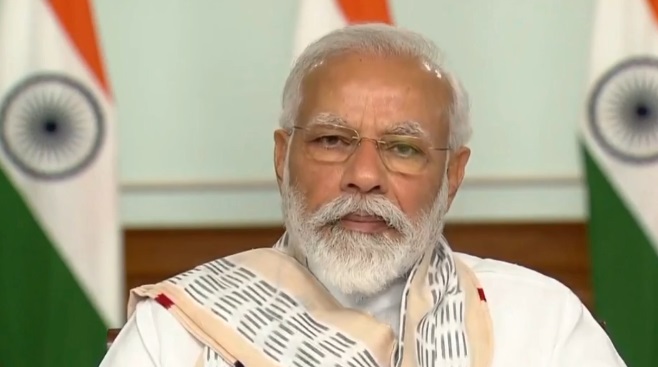 Advocating the use of mother tongue as the medium of instruction in schools for at least up to Class 5, Prime Minister Narendra Modi said on Friday (September 11) that “people trapped in bookish knowledge” often fail to grasp that language was just a mode of study and not a study in itself.

“After the NEP came, there has been much discussion on what will be the language of instruction. Here, we have to understand one scientific fact that language is the medium of education, not entire education itself. People caught in too much of bookish knowledge often fail to grasp this distinction. Whatever language the child can learn easily in should be the medium of instruction,” Hindustan Times quoted the Prime Minister as saying.

Speaking at the School Education Conclave named ‘Shiksha Parv’ organised by the Ministry of Education, he also said that while local languages were being promoted in the new National Education Policy (NEP), there was no bar on teaching English or any other language that could be helpful on the global stage.

He further said school students will have a new curriculum, which is in sync with the new National Education Policy, by 2022 when the nation celebrates its 75th year of Independence.

Noting that marksheet has become pressure sheet for students and prestige sheet for families, the prime minister said the new policy aims to remove this pressure.

“Often, even parents ask their children how much they scored than what they learnt. Marksheets have become prestige sheet for the parents and pressure sheets for the children. To bring students out of this pressure is a major aim of the NEP,” Modi said.

The NEP will reduce the syllabus and make learning a fun-based and complete experience, he said. “The new curriculum framework will be developed and be ready by 2022 when the nation celebrates its 75th year of Independence,” he said.

“The new curriculum will be a future-ready and scientific. It will have new skills to promote critical thinking, creativity, communication and curiosity,” Modi said.

Furthermore, playful education in pre-schools was till now restricted to urban centres only. “It will now reach the poor as well as the rural areas,” the prime minister said.

Modi said the NEP meant “paving the way for the future”, as in the past three decades, the world has changed drastically. “Changing the old education system was as important as was replacing a faulty board,” he added.

The prime minister noted that the Ministry of Education has received over 15 lakh suggestions from teachers on the implementation of NEP within a week through the MyGov portal.