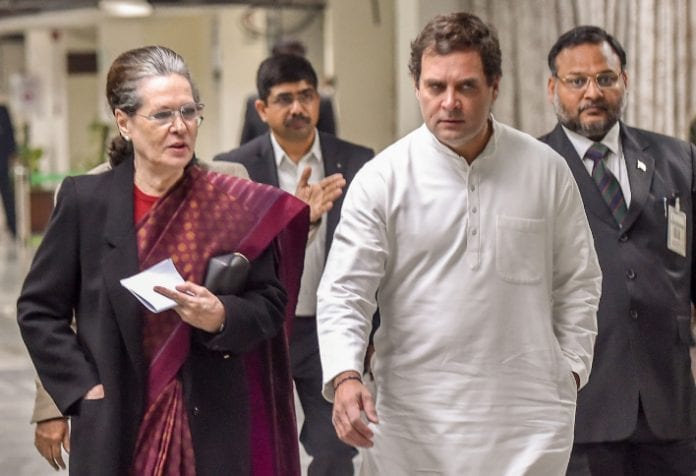 Congress leader Rahul Gandhi on Monday (January 13) dared Prime Minister Narendra Modi to stand in front of youths and students and explain to them “why the Indian economy has become a disaster”.

He was speaking to reporters after a meeting of opposition leaders to discuss the CAA-NRC issue.

“Narendra Modi should have courage to tell youngsters why Indian economy has become a disaster…He doesn’t have guts to stand in front of students. I challenge him to go to any university, stand there without police&tell people what he’s going to do for this country,” he said.

“Instead of addressing the problem of the youth, Narendra Modi is trying to distract the nation and divide people. Voice of the youth is legitimate, it should not be suppressed, the government should listen to it,” he said.

The parties demanded that the amended Citizenship Act should be withdrawn and the process of NPR immediately stopped, asserting that it was all part of an “unconstitutional package” that targeted poor people, SC/STs and minorities.

“The NPR is the basis for the NRC. We demand the withdrawal of the CAA and the immediate stoppage of the nationwide NRC/NPR,” the parties said in a resolution.

Those chief ministers who have announced that they will not implement the National Register of Citizens (NRC) in their states must consider to suspend the National Population Register (NPR) enumeration also as it is a prelude to the NRC, it said.

Opposition leaders are seeking to win over the youth and the students by supporting their protests against the amended citizenship law and the proposed National Register of Citizens (NRC), according to sources.

The leaders gathered at the Parliament complex for a meeting convened by Congress president Sonia Gandhi to discuss their strategy to oppose the government on the controversial Citizenship Amendment Act (CAA).

“They’ve contradicted their own statements of only weeks ago, and continue with their provocative statements while remaining insensitive to the state suppression and violence that is increasingly becoming commonplace.”

“The nation watched in horror at BJP-orchestrated assault on JNU coming so soon after what happened in Jamia (Milia Islamia University), BHU (Benaras Hindu University), Allahabad University and AMU (Aligarh Muslim University) and other institutions of higher learning. Modi-Shah government stands exposed for its inability to govern and provide security to people,” she was quoted as saying by ANI.

Sources told PTI that the top opposition leaders have already held discussions among themselves and Leader of Opposition in Rajya Sabha Ghulam Nabi Azad is leading the efforts.

The sources said the Congress and other parties are seeking to take the students movement forward and have lent support to their cause.