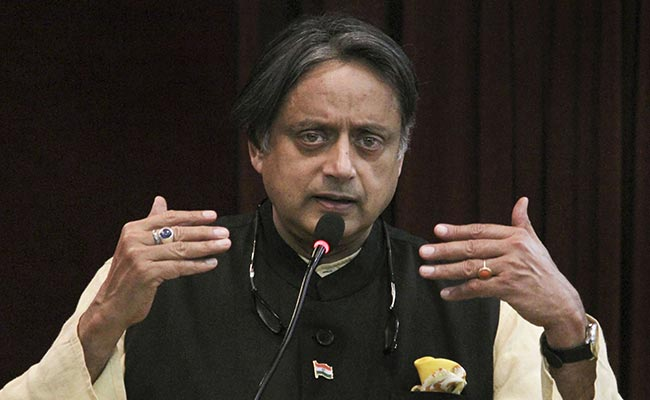 Congress leader Shashi Tharoor has shot off a letter to Lok Sabha Speaker Om Birla demanding action against officials of three ministries for their “last minute refusal” to attend a meeting of the Parliamentary Standing Committee on Information Technology.

The committee, which Tharoor chairs, had called the officials of the Ministry of Electronics and Information Technology (MeitY), Ministry of Home Affairs, and Department of Telecommunication in connection with the Pegasus spyware issue, according to a report in the Indian Express.

Tharoor said the two ministries and the department were informed about the July 28 meeting as early as July 20.

“All the three Ministries/ Department had confirmed their participation… However, just before the sitting was about to take place, I was informed by the Committee Branch of the Secretariat that email communications have been received in the afternoon around 3 PM on July 28 from the three Ministries/Department informing that their representative will not be able to appear before the Committee,” Tharoor has written.

Citing rules, Tharoor said, “It is important to share that, as Chairperson, I did not excuse these witnesses from attendance”, and that their last-minute refusal “has been unprecedented and clearly constitutes breach of parliamentary privilege and contempt of the House”.

“I hope you will take serious cognizance of this matter and undertake action as deemed appropriate under the rules,” Tharoor wrote in the letter to the Speaker Birla, which was circulated to all members of the panel.

The meeting of the panel, however, could not take place as 10 BJP members of the panel did not sign the attendance register, and hence ensured lack of quorum. The Standing Committee has 31 members (including Tharoor), and at least 10 need to be present for a quorum. After the BJP members absented themselves, only nine remained Wednesday.

BJP MP Nishikant Dubey later moved a “privilege motion” against Tharoor, who said it was not “valid” as procedure was not followed in introducing the motion, which requires the Speaker to get the leave of the House before it can be introduced.

Dubey also alleged that Trinamool Congress MP Mahua Moitra had called him a “Bihari goonda” when the panel members had assembled for the meeting on Wednesday.

Dubey later tweeted that Moitra’s comments show her party’s attitude towards the people of Bihar and Hindi-speaking states.

Moitra denied the charge saying Dubey was not even present in the meeting.

To this, Tharoor responded, “How can I tell you about a meeting which never happened? I am completely unaware if somebody allegedly said something at a meeting that never took place to somebody who was not there. How am I to be concerned about it?”

He told reporters, “I am very disappointed that some elements on some issues have chosen to reduce this committee to some sort of a ping pong match, which I don’t believe is in the spirit of Parliament or parliamentary committee.”