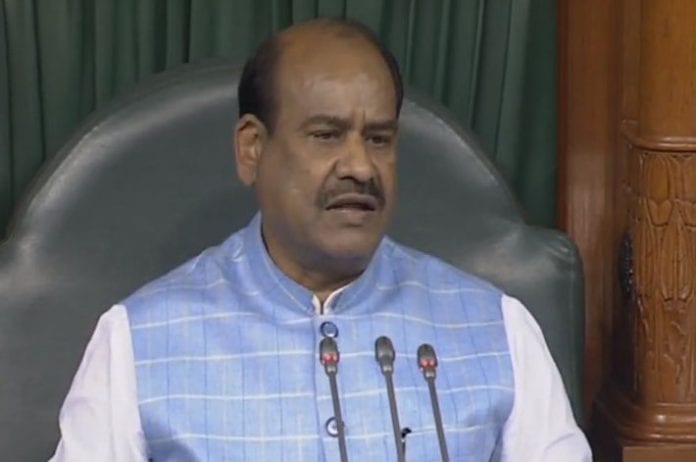 As the ruckus over violence in Northeat Delhi continued in Lok Sabha for the second day, Speaker Om Birla on Tuesday said members from Opposition and Treasury sides who cross over to the other side during the time of uproar would be suspended for the session.

Birla’s announcement came a day after some Congress and BJP members pushed and shoved each other in the House as tempers rose over the issue of violence in Delhi.

Opposition members sought to raise the issue of Delhi violence as soon as the Speaker decided to take up the Question Hour.

Citing earlier discussions among various parties, the Speaker said it was decided that howsover serious the issue was, the same could be raised during the Zero Hour. There should be cooperation among members so that the House can function well.

Referring to an all-party meeting, Birla said he was giving a ruling that any member who crosses over to the other side during proceedings would be suspended from attending the
House for the remaining session. Such action would be taken against members from Treasury as well as Opposition sides, he said.

Opposition members, including from Congress, DMK, TMC and other parties, wanted a discussion on Delhi violence. DMKs T R Baalu said the government is yet to respond on the issue in Parliament while Congress leader in the House Adhir Ranjan Chowdhury demanded an immediate discussion.

Amid the uproar, Parliamentary Affairs Minister Pralhad Joshi said the Opposition can raise the matter during the Zero Hour.

Emphasising that “restoration of peace and normalcy” is the topmost priority, Joshi said, “charcha keliye taiyyar hai (we are ready for a discussion)”. However, Opposition members were not satisfied and demanded that there should be an immediate discussion.

“Does it work that way?,” Birla asked agitating members and amid the ruckus, adjourned the House till noon. As soon as the House convened, many ruling party members
shouted Vande Mataram.

For some time, Samajwadi Party patriarch Mulayam Singh Yadav was seen sitting in the front row of the Treasury, next to Union minister Nitin Gadkari. Before proceedings began, Minister of State for Home Affairs Kishan Reddy was seen chatting with Baalu and a few others.

Earlier, Birla asked floor leaders of all parties to resolve the issues that led to a scuffle between Congress and BJP MPs in Lok Sabha and warned that a repeat of what happened on Monday could lead to serious consequences. During a meeting with them on Tuesday, he told the floor leaders to resolve the matter otherwise he would be forced to take action.