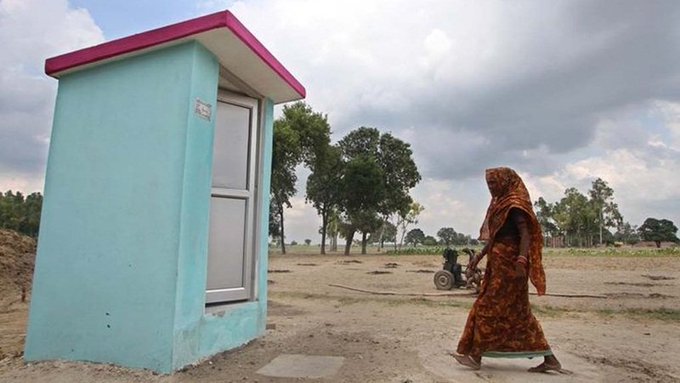 Many states have achieved 100 per cent open defecation free status and individual household latrine coverage since the launch of Swachh Bharat Mission, one of the largest cleanliness drives in the world, the Economic Survey 2018-19 said on Thursday (July 4).

The survey document, tabled in Parliament, said since the launch of the flagship programme in October 2014, over 9.5 crore toilets have been built all over the country and 564,658 villages have been declared open defecation free (ODF).

As on 14 June 2019, 30 States/UTs are 100 per cent covered with individual household latrine (IHHL). The Swachh Bharat Mission (SBM) has significantly improved health outcomes. Around 99.2 per cent of rural India has been covered in the last four years under SBM, it noted.

“This mission acts as a driver for eliminating the gender disparity through the construction of gender-specific latrines in public areas such as schools, roads and parks,” the survey said.

This public movement will have indirect positive impact on society by increasing the enrollment ratio of girls in schools and improving health standards, it noted. The mission mirrors the national developmental priorities by focusing on gender equality and women empowerment, the survey said.

It is also aligned with the 2030 global sustainable development agenda and sustainable development goals, especially the SDG 6.2 — “By 2030, achieve access to adequate and equitable sanitation and hygiene for all, and end open defecation, paying special attention to the needs of women and girls and those in vulnerable situations.”

Also Read: Swachh Bharat a success? Not quite

Going forward, the SBM should focus on achieving 100 per cent disposal of solid and liquid waste, the survey said, adding that scientific techniques for safe and effective disposal of waste should be next on the agenda of the mission.

It said cleaning of rivers should be an integral part of clean India, along with coordinated activities between centre and states for treatment of industrial effluence, drain bio-remediation, river surface cleaning, rural sanitation, river front development, afforestation and biodiversity conservation.

SBM needs to incorporate environmental and water management issues for long term sustainability and improvements, the survey said. Investment in toilet and sanitation infrastructure in future demands incorporation of principles of sustainability, circular economy, and adoption of eco-friendly sanitation technologies, it noted.