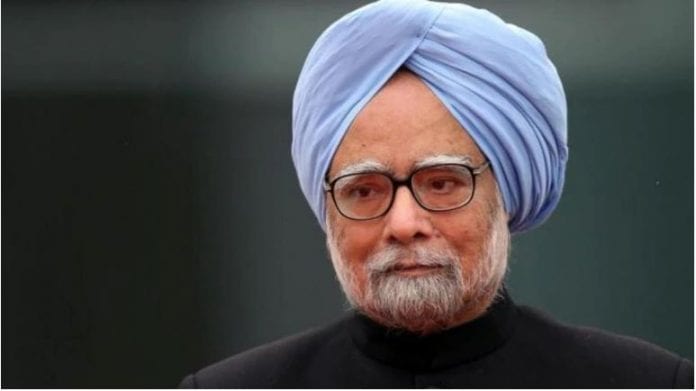 Referring to the June-quarter GDP growth data that shows India’s economic growth rate at a six-year low of 5 percent, noted economist and former prime minister Dr Manmohan Singh has suggested that the Union government should free itself of the denial mode.

He has further said that acknowledging the crisis in the economy needs to be the first step that Modi government should take. The Congress leader is also of the view that the BJP-led NDA government should move beyond the habit of managing the headlines.

“Instead of announcing sector-wise packages, the government needs to take steps to take forward the overall framework of the economy. The government should listen to all stakeholders with an open mind,” said Dr Singh in an interview to Hindi newspaper Dainik Bhaskar.

Further, the renowned economist has suggested five measures to help the economy recover:

Patting the Congress-led governments for helping the country sail through the economic crisis in 1991 and 2008 inspite of not having the numbers that Modi currently enjoys, Dr Singh lashed out at the Modi-led dispensation over its demonetisation and “faulty implementation of GST” decisions. He added that demonetisation killed millions of jobs and destroyed small businesses, which rely on cash and are part of the informal economic framework.