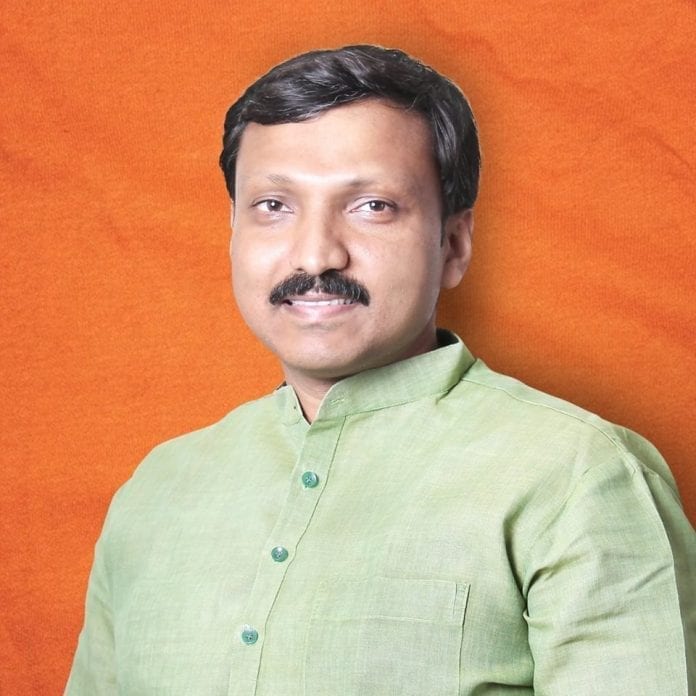 While campaigning for a contestant for the upcoming Maharashtra Assembly polls on Wednesday (October 16), Shiv Sena MP Omraje Nimbalkar was injured when an unidentified man attacked him with a knife, police said.

According to police, Nimbalkar was campaigning in Osmanabad district when the attack happened. Though he escaped a major injury because he raised his hand to save himself realising that he was about to get stabbed, and the knife hit his wrist watch. The accused fled soon after the incident and search was underway to nab him, police added.

The incident occurred when Nimbalkar, who represents the Osmanabad Lok Sabha constituency, was campaigning on foot in Padoli Naigaon village in Kalamb taluka for Sena candidate Kailas Patil who is in the fray for October 21 elections.

An unidentified man along with a group came close to Nimbalkar on the pretext of shaking hands and while greeting the MP, he attacked him with a knife and fled. “Nimbalkar got hurt on his hand but escaped a major injury because of his wrist watch,” a Osmanabad police official said.

After the incident, Nimbalkar was taken to hospital for treatment, he said, adding that doctors later allowed him to go as the injury was minor. An offence has been registered against the attacker and police have launched search for him, he said.

The Lok Sabha members father Pawanraje Nimbalkar, who was a Congress leader, was shot dead in his car near Kalamboli on the Mumbai-Pune Expressway on June 3, 2006. Former Lok Sabha MP Padamsinh Patil is the key accused in that case. Omraje later said he had a providential escape in the attack.

“I am safe and campaigning for Sena candidate Kailas Patil though I have sustained a minor injury in the attack,” he said over phone.

District Superintendent of Police Raj Tilak Roshan said the MP was provided police protection in view of the attack. “Earlier, he had not demanded police security. We are tracing the accused,” he said, adding that the attacker will be arrested soon.

(With inputs from agency)