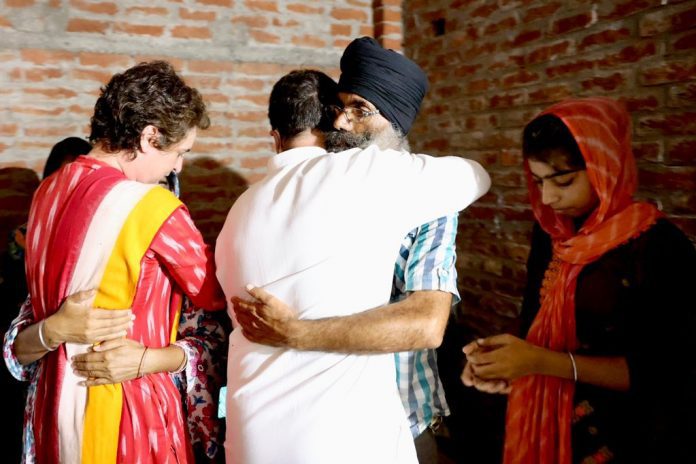 Assuring them of all assistance, Congress leaders Rahul Gandhi and Priyanka Gandhi Vadra met the family members of farmers killed in the violence at Lakhimpur Kheri late Wednesday (October 6) night.

At deceased farmer Lovepreet Sigh’s home, Rahul promised the family of all possible assistance and said “the party would do everything possible” to ensure Lovepreet’s killers are brought to justice. The meeting lasted 30 minutes. 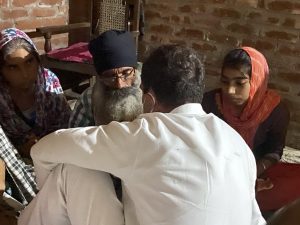 On Thursday, Rahul and Priyanka are expected to visit Bahraich to meet the families of other farmers who were killed.

Meanwhile, the Supreme Court has taken cognisance of the Lakhimpur Kheri incident in which eight people were killed in violence during a farmers protest, with a bench headed by Chief Justice of India N V Ramana scheduled to hear the matter on Thursday. The incident has triggered a major political storm with Opposition parties accusing the BJP government in Uttar Pradesh of shielding the culprits.

Earlier in the day, Rahul had met with Priyanka in Sitapur after staging a brief dharna at the Lucknow airport on being asked to travel in a police vehicle. He was finally allowed to travel in his own vehicle. Priyanka had been lodged in Sitapur since her arrest on Monday.

The Uttar Pradesh government has allowed all political leaders, including the Gandhis, to visit Lakhimpur Kheri but visitors can proceed only in groups of five, as section 144 of the CrPC is in place in the district.

Rahul had reached the Lucknow airport from New Delhi along with Channi, Baghel and senior leader KC Venugopal.

Television footage from the airport showed officials telling Rahul to take the police vehicle, which Gandhi did not agree to and sat on a dharna there.

“We want to go in our own vehicles, but they want that we should go in their vehicle. I want to know that why are you not allowing me to go? First, I was told that I can go in my own vehicle, now you are saying that you will go in a police vehicle. They are doing some mischief,” Rahul said.

To a question, he said, “You can put me or Priyanka in jail. It does not have any meaning. The question is that six people were crushed by criminals. Those who should have been in jail, are not being put in jail. We are being stopped from meeting the aggrieved families of the farmers.”

Eight people were killed on Sunday in Lakhimpur Kheri, including four farmers and one freelance journalist. Chhattisgarh CM Baghel and Punjab CM Channi announced Rs 50 lakh compensation from each of their governments to the kin of the farmers and the journalist who were killed in the incident.