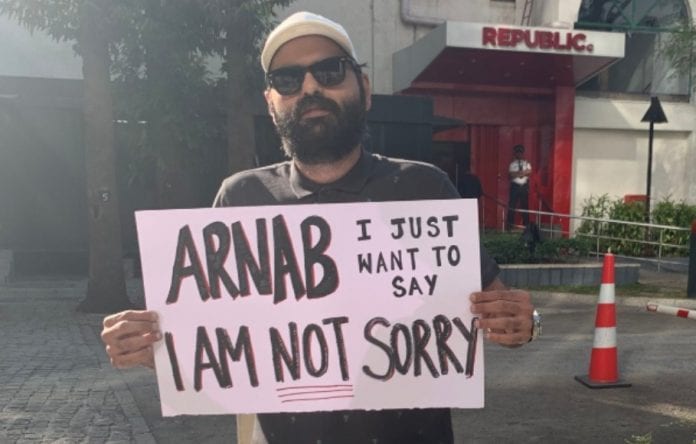 Two days after IndiGo airlines banned comedian Kunal Kamra for six months heckling Republic TV anchor Arnab Goswami on one of its flights, the pilot-in-command of the flight has told the airline’s management, saying the incident was not “reportable in any way” and that he was not consulted before imposing the ban.

In a letter to the IndiGo management, Rohit Mateti said he was “disheartened” to learn that Kamra was banned from flying purely on the basis of social media posts and that though his behaviour was “unsavoury”, it was not qualifying of a level 1 unruly passenger.

Kamra was banned by IndiGo for six months on Tuesday for harassing Goswami on the Mumbai-Lucknow flight. SpiceJet, GoAir and Air India too have imposed a similar ban on Kamra without specifying any period.

“As captain of 6E5317 Mumbai-Lucknow flight on January 28, I do not find…events reportable in any way. Mr Kamra’s behaviour, while unsavoury, was not qualifying of a level 1 unruly passenger. Indeed, we pilots can all attest to incidents similar and/or worse in nature that were not deemed unruly,” he said in the letter. The pilot also called the action by the airline against Kamra as “unprecedented”.

“This is somewhat unprecedented in my nine years of airline flying. Moving forward, am I to understand that the bar for interpretation of a disruptive passenger is lower/different when it comes to high profile cases? Perhaps the SEP (safety and emergency procedures) manual is to be amended to reflect this?” Mateti added. “I would like a clarification from the airline as this leaves a lot of room for ambiguity,” he said.

As per the 2017 rules of aviation regulator DGCA, if a passenger engages in any unruly behaviour, the pilot-in-command has to file a complaint and only then an internal committee of the airline can probe the matter and take punitive action based on findings of the investigation.

The rules also stated that a passenger who is deemed as “level 1” unruly passenger can be banned up to maximum of three months by the internal committee. DGCA had on Wednesday said that the action by the four carriers is in “complete consonance” with its regulations.

When asked about the pilot-in-command’s email, IndiGo told PTI, “We have received the relevant statements and the internal committee has initiated the investigation regarding this incident.” In an approximately 2-minute video clip posted by Kamra on his Twitter handle on Wednesday, he is seen asking Goswami if he is a “coward or a journalist” but the Republic TV editor was not seen responding to it.

After IndiGo announced its punitive action against the comedian, Civil Aviation Minister Hardeep Singh Puri said he took note of the incident and “advised” other airlines to impose similar restrictions on Kamra, insisting that offensive behaviour aimed at creating disturbance inside an aircraft is absolutely unacceptable.

In his email, Mateti told the IndiGo management, “While Mr Kamra’s behaviour was unacceptable and verbally abusive, at no point did he not comply with crew instructions. While he did briefly display ‘level 1’ traits for disruptive behaviour…he was also immediately compliant of crew instruction, was never issued a red warning card and hence cannot be classified as such.”

“Furthermore, in-line with the IndiGo SEP manual guidelines for disruptive behaviour, the situation was diffused, the passenger in question kept under observation and the cabin kept in lockdown for the duration of the flight,” he added.

After Mateti’s letter became public, Puri said on Thursday that airlines must ensure ‘zero tolerance’ for any activity that has the potential to jeopardise passengers’ safety.

“I had expressed my views with regard to the unruly behaviour of a passenger on board IndiGo flight. I reiterate that airlines must ensure ‘Zero Tolerance’ for any activity which has the potential to jeopardize safety of passengers in an aircraft,” Puri said on Twitter.