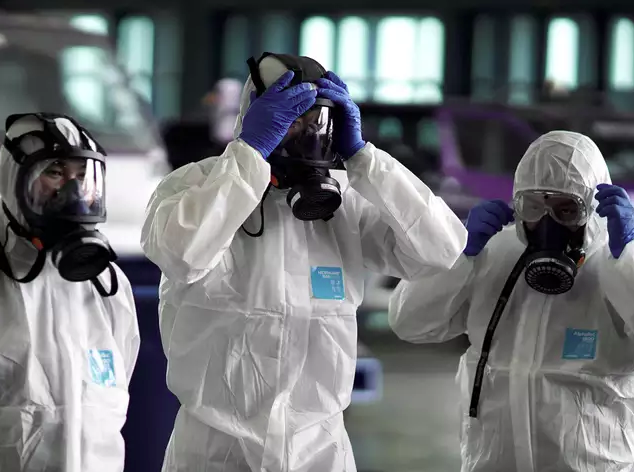 Kerala has further extended the weekend lockdown from this week (July 31 and August 1), media reports said on Thursday. The state recorded 22,056 fresh COVID cases on July 28, pushing the infection caseload to 33,27,301, with the number of people who have died rising to 16,457.

Union Health Minister Mansukh Mandaviya tweeted that the Centre is sending a six-member team from the National Centre for Disease Control to the state.

“As a large number of COVID cases are still being reported in Kerala, the team will aid the state’s ongoing efforts in COVID management,” Mandaviya said in the tweet.

Also read: What Centre has to say about the alarming spike in Kerala’s COVID cases

Sources have said the state is focused more on the mitigation process than containment. Kerala’s move to announce a three-day relaxation of COVID curbs for Eid-ul-Azha last week drew flak from the Supreme Court, which called it “uncalled for”. However, the top court did not cancel the government notification that eased the lockdown.

ANI quoting sources said Union Health Secretary Rajesh Bhushan has written to the state on “super spreader events” observed there recently, underlining that COVID guidelines need to be followed strictly. Kerala has been praised in the past for its best practices in COVID management, but is now contributing over half of positive cases to the country’s numbers of infections over the last few days.

Experts say the 22,000-plus positive cases are not the real worry but the rise in hospitalisations by 1,000 to 3,200 is a matter of concern.

Average daily cases being reported in the state are above 17,443, NDTV reported. Kerala has also recorded a high case positivity of 12.93 per cent cumulatively and 11.97 per cent weekly, says health ministry data, with six districts reporting over 10 per cent weekly positivity rate.

An increasing ‘R’ value – the COVID reproduction rate – in Kerala had earlier this month triggered concerns of a renewed wave, which could even trigger a national spike. Though the state is vaccinating at a much faster rate than the rest of the country, its seropositivity figure is lower.

According to a serosurvey by the Indian Council of Medical Research done between June 14 and July 6, the state at 44.4 per cent has the lowest COVID antibodies. Experts say the 44.4 per cent who showed antibodies would also include those vaccinated.

Over half of Kerala’s eligible population has got at least a first dose of vaccine. Serosurveys can be utilised by the states to guide objective, transparent and evidence-based public health response to COVID-19.