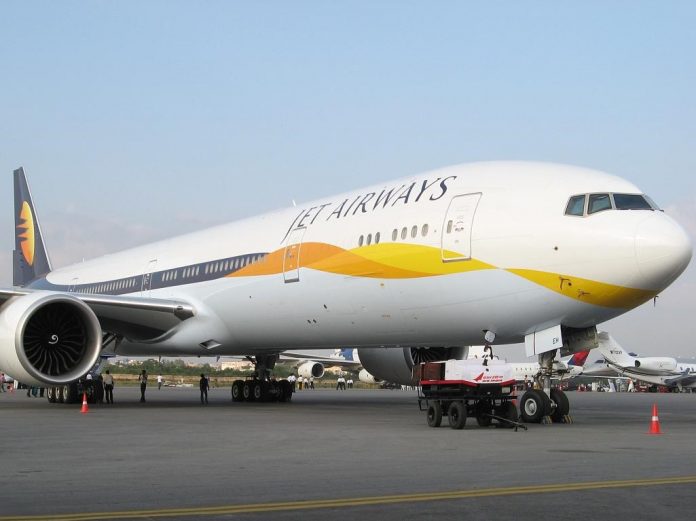 The fresh plea seeks a stay on the resolution until the employees of the erstwhile airline are given better compensation and dues. File Photo

Jet Airways is yet to be cleared for take-off, two years after the airline was grounded as it piled up huge debts and eventually ran out of cash for daily operations. The delay in this airline’s revival comes even as a resolution plan under the Insolvency & Bankruptcy (IBC) provisions was approved by the National Company Law Tribunal (NCLT) in June. It has been challenged afresh by two employee unions before the appellate tribunal last week.

The fresh plea seeks a stay on the resolution until the employees of the erstwhile airline are given better compensation and dues. A person close to the development said the possibility of a further challenge in the apex court, if the NCLAT appeal does not result in a favourable order for employees, also remains under consideration.

As per the approved resolution plan, a consortium of Murari Lal Jalan and Kalrock Capital (also known as Jalan Fritsch consortium) would infuse ₹1,375 crore. Of this, merely ₹52 crore of fixed sum has been earmarked for the employees. In their NCLAT plea, the employee unions are seeking continuity of services and legal dues, including retrenchment compensation, gratuity and provident fund among others.

The challenge from employee unions — Bhartiya Kamgar Sena and Jet Airways Cabin Crew Association — now means the actual revival of the airline will be delayed. Rahul Oak, advocate representing the two employee unions in NCLAT, told The Federal that the appeal is challenging the resolution plan of Jet Airways to “a limited extent”. “These two unions are not against the revival of the airline; they want revised terms for legal dues. So we are challenging the resolution plan to the extent that the legal dues of employees, as well as the continuity of service conditions, are improved. We are seeking a stay on the approved resolution till employees get a better offer.”

Had Jet’s flight path been cleared even after a two-year resolution process, it would have become the first-ever airline to rise from the ashes in India. But first, delays within the IBC framework and now fresh legal challenges have stymied the revival.

Inherent weaknesses in the IBC provisions — it does not necessarily prioritise operational creditors (including employees and vendors) — besides flip-flops by the aviation regulator DGCA on offering airport slots to the new airline and now disgruntlement of former employees are all factors working against a quick end to the uncertainty.

The timeline of what happened since 2019, when the airline first went under IBC, will show how the process itself is not designed for a quick fix:

* Corporate Insolvency Resolution Process (CIRP) of Jet Airways initiated in June 2019 and Ashish Chhawchharia was confirmed at the Resolution Professional by the Committee of Creditors (CoC).

* Two EoIs (expressions of interest) received from Prospective Resolution Applicants (PRAs) in August. But since some more credible applicants were believed to be interested in participating in the bidding process, the time for submission of EoIs was extended.

* The third round of EoI process was then started in February 2020. This brought forward three EoIs: a) JSC Far East Development Fund (FEDF); b) Synergy; and c) Prudent.

But FEDF withdrew from the process later, leaving Synergy and Prudent in the fray. However, for the third time, no resolution plan was submitted.

* Due to COVID, the CoC extended the timeline for bids till June. During this period, informal EoIs were received from two individuals but nothing was confirmed. Thereafter, even the third EoI round was annulled, eligibility criteria for EoIs were revised and a fresh round of EoIs began. This time, the Jalan Fritsch Consortium (apart from five other contenders) came forward.

* After several postponements of the bid deadline, two resolution plans were received in June last year — from Jalan Fritsch Consortium and Imperial Consortium. Subsequent voting by the CoC and some amendments to the plans led to the approval of the plan submitted by the Jalan Fritsch consortium in October last year.

As per data from the IBBI, the IBC process has been a middling success at best since it came into force in 2016. Only every fifth case has been resolved since inception, or of the admitted claims worth ₹ 5.11 lakh crore, only Rs 2.01 lakh crore has been realized. This is not even 40%. Financial creditors (banks and other lenders) are forced to take exceptionally large haircuts as a result. The rate of resolution of cases is well over a year and is certainly more than the 270-day limit provided under the Code.

Then, specific reasons are also at play in the case of Jet. Vinamra Longani, head of operations at Sarin & Co, which specialises in aircraft leasing and finance, pointed out that “the challenge before the NCLAT against the approval of the resolution plan will be analysed on the basis of the provisions of the IBC 2016 and its own merits by the tribunal. Depending on the outcome, besides employees, other operational creditors could also contemplate legal action. Given the challenges involved in resurrecting the airline, it is often publicly conjectured that it could have been easier to start an airline from scratch”.

Litigation apart, other challenges — incorporating an optimal aircraft fleet, getting employees going, bagging a new flying permit and getting prime airport slots — are also to be surmounted before the airline can take to the skies again.

“Several factors have delayed Jet’s revival. First, COVID stalled air travel and international travel could take months to return to pre-COVID levels. This would mean Jet 2.0 will have to focus on domestic operations for which the current fleet of largely widebody Boeing 777 aircraft is not ideal,” Longani pointed out. So Jet’s take-off remains a pipe dream for now.