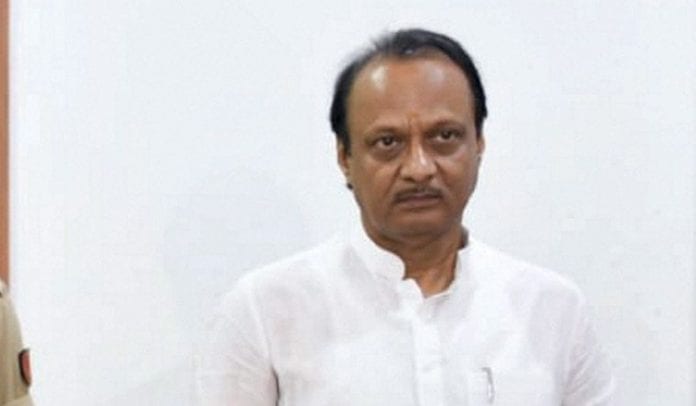 Maharashtra Deputy Chief Minister Ajit Pawar has filed an affidavit in the Nagpur Bench of Bombay High Court in reply to petitions against him in the multi-crore irrigation scam, terming the allegations as “mala fide”.

The NCP leader also said in the affidavit filed on Tuesday that there is no requirement for the present investigation to be handed over to the CBI or the ED.

The Director General of the Maharashtra Anti-Corruption Bureau in an affidavit filed in the High Court in December last year had stated the ACB’s inquiry found no involvement of Pawar in the alleged scam in the 12 projects undertaken by the Vidarbha Irrigation Development Corporation (VIDC).

It was alleged that Pawar, then VIDC chairman, and officials of the corporation colluded with contractors while issuing tenders for projects, causing a loss to the exchequer.

The petitioner, Atul Jagtap of Janmanch who has filed 4 PILs in the alleged scam, had filed an application in the HC seeking CBI enquiry into the matter. The hearing of which is still going in the court and the next hearing is scheduled this week.

On Tuesday, Pawar, in his reply, said the present affidavit is a common reply to the present civil application (Jagtap) and similar other applications which are identical in nature.

“I raise an objection regarding locus standi of Jagtap and maintainability of the present applications as the petitioner has no locus to make the prayers as contained in the said applications. The four PILs filed by Jagtap are not maintainable in as much as Jagtap is himself a contractor and filed tenders in respect of various projects which were involved in the present alleged PIL,” he said.

“The present civil applications may not be entertained by the HC as they are actuated by personal motives mala fide intentions, business rivalry or not in the nature of public interest,” he said.

“I deny all allegations concerning me or imputing me in toto. I say that I have not indulged in any corrupt, motivated or mala fide act while discharging my duties as a minister. I state that I have as a minister or as ex-officio chairman of the VIDC, have followed all the rules and have discharged my public duties with clear conscience and without fear, favour or illegal motives,” Pawar said in the affidavit.

“I further deny the contention that the present investigation is required to be handed over to the CBI or the Enforcement Directorate and state there is not even a farthing of either pleadings or evidence to show the exceptional case as to why the investigation requires to be transferred and for statements and averments made in such vague and careless manners, the prayers made in application deserve to be rejected,” Pawar stated.

The hearing on the present application by petitioner Jagtap is expected this week.