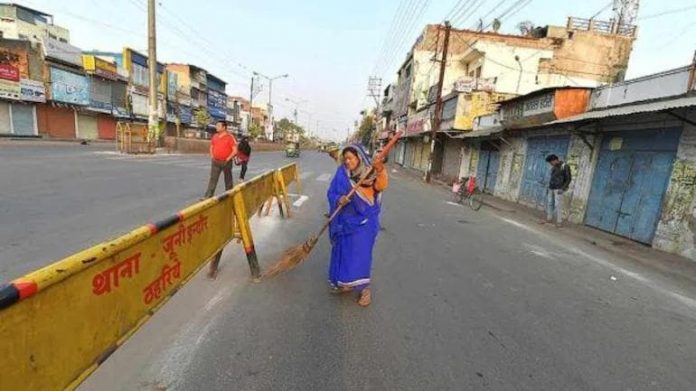 Indoris and the cleaning workers' of Madhya Pradesh's largest city got a boost when they were judged as India’s cleanest city by Swachh Survekshan 2021 for the fifth time in a row.

The cleanest city tag in India has been assigned to Indore in the annual cleanliness survey conducted by the Centre. This survey is held every year to encourage more garbage and open defecation free cities that are habitable.

‘Indoris and the cleaning workers’ of Madhya Pradesh’s largest city got a boost when they were judged as India’s cleanest city by Swachh Survekshan 2021 for the fifth time in a row. Every year, cities and towns across India are awarded the title of ‘Swachh Cities’ on the basis of their cleanliness and sanitation drives, as a part of the Swachh Bharat Abhiyan (Clean India Mission) that was launched in 2014.

The findings were released on Saturday (November 20) by President Ram Nath Kovind. Surat and Vijayawada were ranked as the second and third cleanest cities, respectively, with a population over 1 million.

Union housing and urban affairs minister Hardeep Singh Puri took to twitter to congratulate Indore and its “people, political leadership and municipal corporation,” among others. While, Madhya Pradesh chief minister Shivraj Singh Chouhan also congratulated the people of Indore on Twitter and Koo “for doing wonders” and achieving the feat of India’s cleanest for the fifth time successively.

Indore is India’s cleanest city for the 5th year in a row.
Heartiest congratulations to the people, political leadership, Municipal Corporation, Swachhagrahis & Safaimitras for their exemplary commitment towards keeping the city on top. @rashtrapatibhvn @ChouhanShivraj pic.twitter.com/ShLcbXkGzc

Also read: Delhi, suburbs still in the grip of toxic air; relief likely only on Sunday

Varanasi was ranked the cleanest under the ‘Ganga town’ category. Among smaller cities with population between 1-10 lakh, New Delhi ranked first followed by Ambikapur in Chhattisgarh and Tirupati in Andhra Pradesh.

The survey based its ranking on the assessments made by field officers and citizens’ feedback on garbage disposal, open defecation-free ratings, functionality and maintenance of community toilets and safe management of faecal sludge from toilets. It also looked at measures taken to ensure no untreated sludge is discharged into open drains or water bodies. For citizen’s feedback, their experience, engagement, swachhata app and innovation” were also taken into consideration.

The objective of the survey is to encourage Indian cities and towns to implement cleanliness initiatives in a timely and innovative way. This survey is also aimed at activating large scale participation of citizens in upgrading the cleanliness of their city/town, ensure sustainability of measures taken towards garbage free and open defecation free cities and to create awareness among various strata of society for working together to make their cities/towns more habitable, among others, said a Hindustan Times report.

In the first-ever survey conducted by the Ministry of Housing and Urban Affairs, the nodal agency for the Swachh Bharat Mission in 2016, 73 cities (urban local bodies) were ranked. To expand the coverage, the ministry conducted its second survey the following year, ranking 434 cities. In Swachh Survekshan 2018, the scale increased to 4,203 cities.