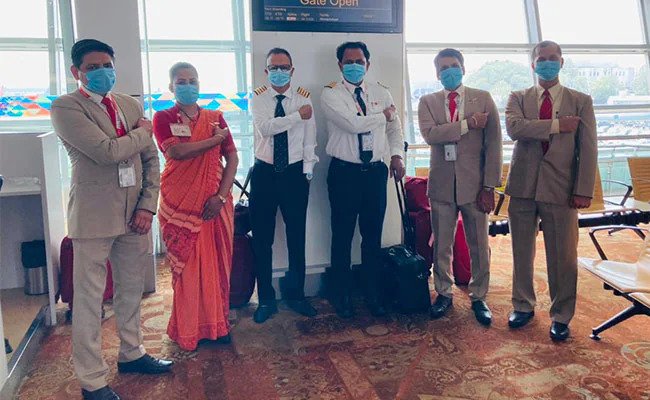 “Air India Express, India’s leading budget carrier, operated the first international flight from the country with fully vaccinated crew on June 18 on Delhi – Dubai sector. The pilots and the cabin crew of IX 191, which took off from Delhi at 10:40 am, had received both doses of their COVID-19 vaccine,” said an official release by the airline.

The statement also added that AI Express has vaccinated almost all crew members and frontline staff ‘not only to ensure their ensure their safety and health but also to make our passengers feel safe and reassured as they fly with us.’

Also read: Passengers without mask to be ‘de-boarded’ from flights, DGCA rules

Last year, AI Express had operated India’s first Vande Bharat Mission flight, from Abu Dhabi to India, during the first wave of pandemic. Apart from that it operated 7005 Vande Bharat flights carrying a total of 1.63 million passengers till last month.

Earlier this week, on June 16, Vistara airlines, which took off from Delhi for Mumbai, became the first Indian airline to operate a fully vaccinated domestic crew.

The flight was captained by Captain DR Gupta and Captain Alok Kumar Nayak while Venkat Kella, Praveen Chandra, Pravin Chougle and Manisha Kamble were part of the cabin crew. The same crew operated the return flight IX 196, on the Dubai-Jaipur- Delhi sector, the statement said.

The Federation of Indian Pilots had filed a PIL in Bombay HC seeking for the frontline status for pilots on June 8. The Air India pilots had additionally sought for priority of vaccination and insurance cover for the airline staffs in this PIL.