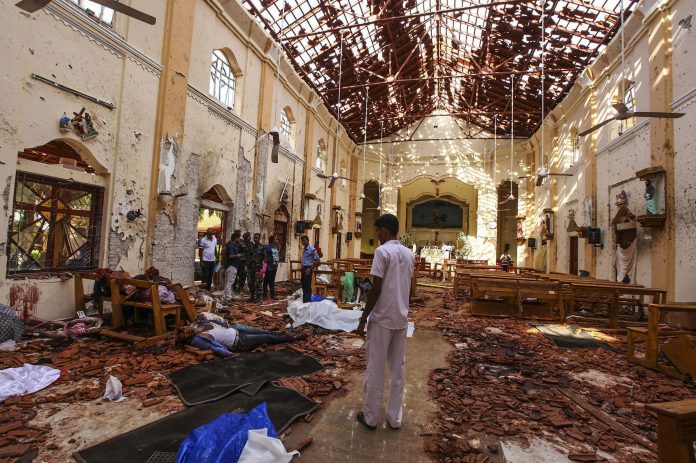 India has offered full support to Sri Lanka in dealing with the common threat of “Jihadi terrorism” following the deadly Easter Sunday suicide bombings that killed nearly 260 people, including 11 Indians.

Indian High Commissioner to Sri Lanka Taranjit Singh Sandhu on Friday (May 17) also discussed the prevailing security situation during his recent meeting with two top-ranking Buddhist monks at Sri Dalada Maligawa or the temple of the Sacred Tooth Relic in Kandy, Indian Embassy here said in a statement. “High Commissioner…. discussed the prevailing security situation with the Most Venerable Mahanayake theros and offered India’s full support to Sri Lanka in dealing with the common threat of Jihadi terrorism,” the statement said.

India’s unconditional and strong support for Sri Lanka, including in the security sphere, the statement said. Sandhu also conveyed greetings on the auspicious occasion of Vesak to the Most Venerable Mahanayake Theros and recalled the visit of Prime Minister Narendra Modi to Sri Lanka for the International Vesak Day celebration in 2017 and the exposition of the sacred Sarnath Relics in Sri Lanka in 2018.

Sri Lanka has declared two days of holidays for nation-wide celebrations of Vesak, or the commemoration of the birth, enlightenment and passing away of the Gautama Buddha. Both the Mahanayake Theras deeply appreciated India’s unconditional and strong support for Sri Lanka including in the security sphere, it said. Indian authorities shared intelligence with Sri Lanka before the serial blasts rocked the neighbouring country.

However, Sri Lankan authorities failed to act on the intelligence inputs. Nine suicide bombers, including a woman, carried out a series of devastating blasts that tore through three churches and three luxury hotels, killing 258 people and injuring over 500 others. Authorities earlier said they believed a little-known local militant Islamist group known as National Tawheed Jamath (NTJ) was behind the attack. However, the NTJ has not claimed responsibility for the attacks, Sri Lanka’s worst.

The Islamic State terror group said it had carried out the attacks, and released video of men it says were the bombers. Furthermore, the envoy also reviewed the progress of the Kandyan Dancing School being constructed with India’s assistance of some ₹150 million at the Sri Lanka International Buddhist Academy (SIBA) campus in Pallekele, Kandy, according to the statement.