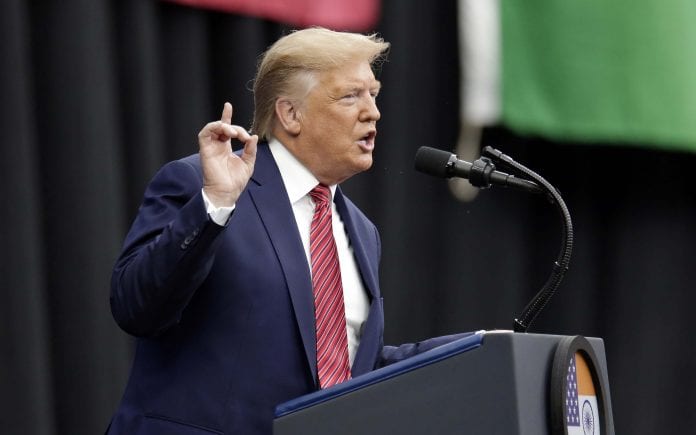 India never had a better friend in the US than me, US President Donald Trump said on Sunday, promising to protect innocent civilians from the threat of radical Islamic terrorism, at Howdy Modi event in Houston, US.

Trump said border security is vital to both America and India as he emphasised on bolstering further the Indo-US security relationship.

Addressing a record crowd of 50,000 Indian-Americans at the Howdy, Modi event in the packed NRG stadium in Houston in the presence of Prime Minister Narendra Modi, Trump said the countries will soon sign several defence deals to bolster their relationship.

He praised Modi for doing “exceptional job” in India and said Indians voted “overwhelmingly” for him. Trump said if he is elected, India will have a “true friend” in the White house. He said “India can never have a better friend” then Trump.

Earlier, Trump said that he and his “friend” Modi will have a “good time” at the mega event. “Look forward to being with our great India loving community!” he tweeted. It is for the first time that Trump and Modi shared a stage together and addressed a record crowd of 50,000 Indian-Americans.

On a jestful note, Trump said he may come to India to attend the first NBA Basketball competition match to be held in India’s Mumbai.