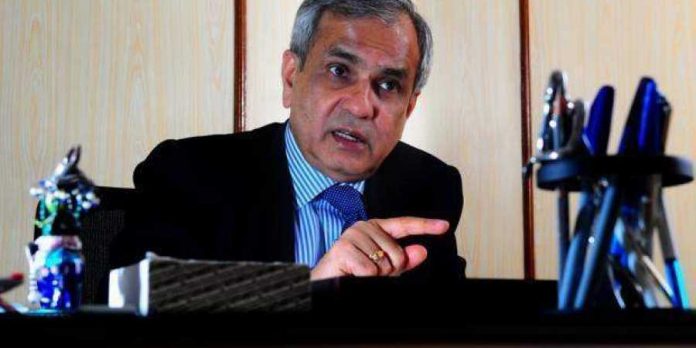 The Chief Minister has refused to attend the meeting of Niti Aayog to be chaired by Prime Minister Narendra Modi, saying it is “fruitless” as the body has no financial powers to support state plans. “We have invited her with all due respect and I am still hoping that she will accept my personal invitation and attend the meeting on June 15th and give us the idea as to how to improve Niti further,” Kumar told reporters here.

Modi is set to chair the fifth meeting of the Niti Aayog’s Governing Council to discuss various issues regarding the country’s development. Banerjee conveyed her decision not to attend the meeting in a letter written to the prime minister.

“Given the fact that the Niti Aayog has no financial powers and the power to support state plans it is fruitless for me to attend the meeting of a body that is bereft of any financial powers,” Banerjee wrote. Kumar said Niti Aayog has the power of persuasion and it will use its two tools — competitive and cooperative federalism — to move forward. “No financial incentive necessarily needed because that financial incentive existed in Planning Commission for four decades, (but) I do not see what they have changed, growth did not go up,” he said.

When asked about unemployment, Kumar said it is linked to growth and added that informal sector has created a lot of jobs which has not been captured in the data. Earlier, speaking at a function on accelerating Indias economic growth, Kumar said greater focus is required in sectors like health, education, agriculture, exports and in pushing private investments. “We need to reverse the decline in growth. You will see in the Budget that the government will make use of whatever fiscal space it has,” he said. He added that the government will make sure that private investment revives, which is key to push growth and “we should clock at least 7.5 to 8 per cent growth in the next five years”.

Talking about agriculture, he said the story needs to be changed in this sector as huge opportunities exist in agro-processing, where rate of investment is very low. “There are problems, so we will be taking steps to remove the Essential Commodities Act and may be APMC (Agriculture Produce Marketing Committee) to be replaced by APLM (Agricultural Produce and Livestock Marketing). I hope to see that. Agro-processing and exports requires huge attention from government and industry,” he said.

On exports, Kumar said Indias share in global exports is just 1.7 per cent, which is unacceptable and it should be increased significantly to push the economy. Elaborating on improving the health sector, he said so far 37 lakh people have already benefited from the governments ambitious Ayushman Bharat programme. When this scheme covers all 40 per cent of the population, then “you can imagine the impact of that on health and welfare of people,” he said. He said that bigger hospitals are still out of the supplier network of this scheme and negotiations are going on to bring them in.

“On government hospitals, you will soon see Niti Aayog coming out with a ranking of 740 district hospitals in the country and that is the way we want to improve,” he informed. He added that there is a need to give special focus on reducing under-nourishment as one cannot build a knowledge economy if a large base of population is malnourished.

Further, he said focus is required on quality of basic education as it is still not accessible. Talking about labour reforms, he said, “You will see action very soon. But you have to see action not in terms of hire and fire. You have to have labour reforms where labour gets his due and rightful participation but yet investors get the flexibility to be able to change its composition of labour force. We will action in the coming Parliament session.” He added that states have huge inventory of land which can be utilised by industry to set up units.