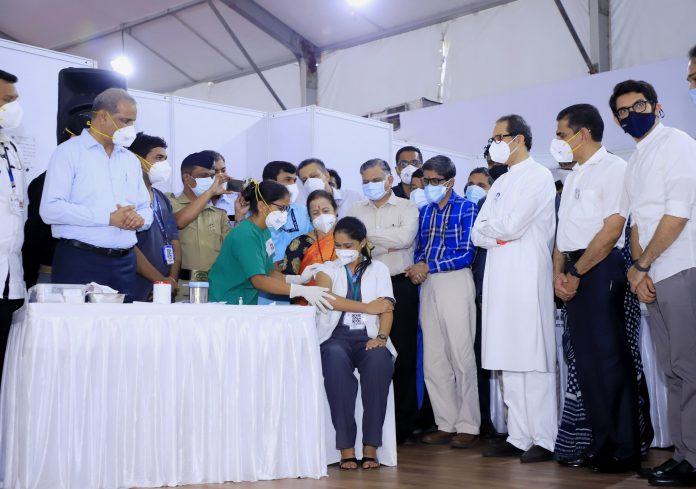 Mumbai, Pune and Bengaluru, the three cities hit hardest by the COVID-19 pandemic – currently lead the vaccination drive in India. More than 60 lakh people have received at least one dose in these cities in the past four months, according to official data.

Data from 755 districts show uneven vaccination rates across the country. In the Top 10 (at least one jab) are five districts in Maharashtra, two in Gujarat, and one each in Tamil Nadu, Karnataka and West Bengal.

Seven districts across India have provided one shot to more than 10 lakh people. Fifty have managed to vaccinate more than 5 lakh. Four hundred and ninety-six have crossed the 1-lakh mark.

Mumbai, Pune and Bengaluru also top the list of cities to provide full vaccinations (both doses completed). Together they have inoculated 18.65 lakh residents.

The Top 10 districts to have completed both doses are in Maharashtra and West Bengal (three each), Gujarat (two), and Tamil Nadu and Kerala (one each).

Kolkata, Hooghly and North 24 Parganas have completed vaccinating nearly 11 lakh people in the past five months.

A total of 6.27 lakh people in Ahmedabad and Surat have taken both shot.