The government has paid ₹1,364 crore to 20.48 lakh undeserving beneficiaries under its ambitious PM-KISAN scheme, a reply to a Right to Information (RTI) query by the Union Agriculture Ministry reveals. 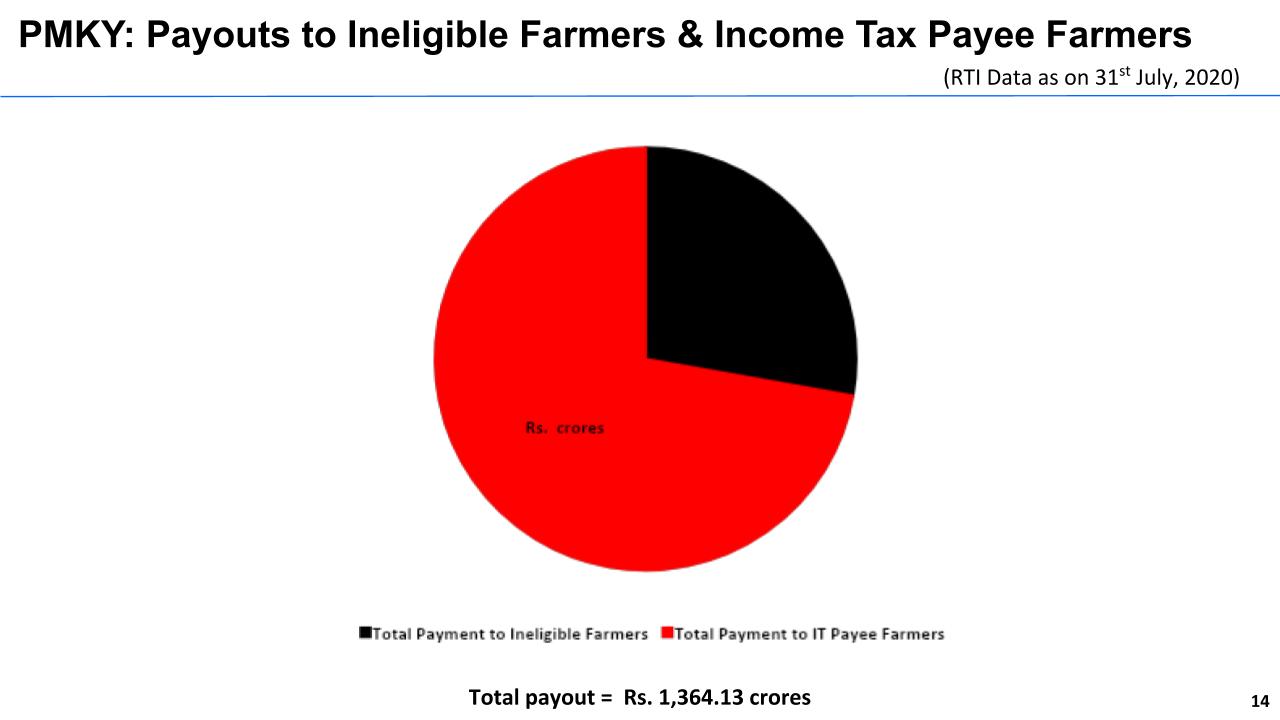 Pradhan Mantri Kisan Sammann Nidhi (PM-KISAN) was launched by the Centre in 2019 and under the scheme, an income support of ₹6,000 per year in three equal instalments is paid to small and marginal farmer families having combined land holding or ownership of up to 2 hectares. 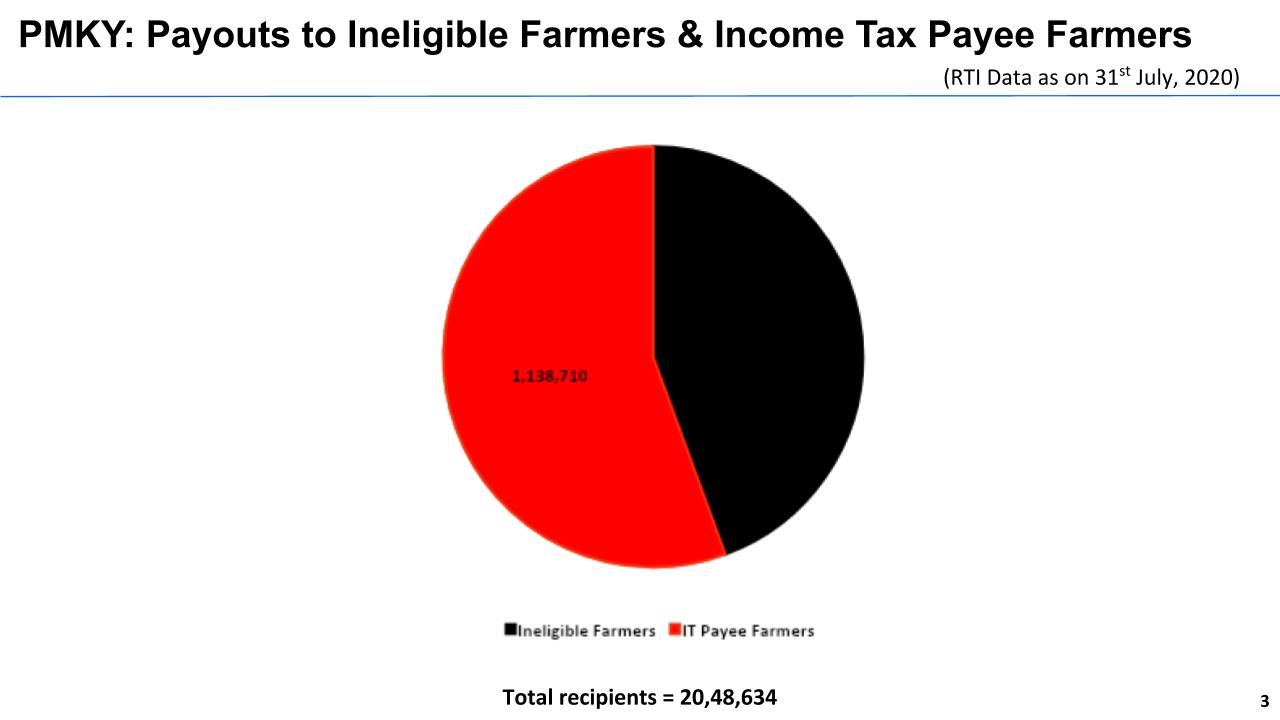 RTI applicant Venkatesh Nayak of Commonwealth Human Rights Initiative (CHRI), who received the data from the government said, “More than half (55.58%) of these undeserving persons belong to the income tax payee category.

“The remaining 44.41% belong to the ineligible farmers category,” he added.

Nayak said according to media reports, proceedings have been initiated to recover these funds transferred to undeserving persons.

“Government’s own data indicates money went into the wrong hands,” he added.

A major chunk of these ineligible beneficiaries belongs to five states — Punjab, Assam, Maharashtra, Gujarat and Uttar Pradesh, as per the data. 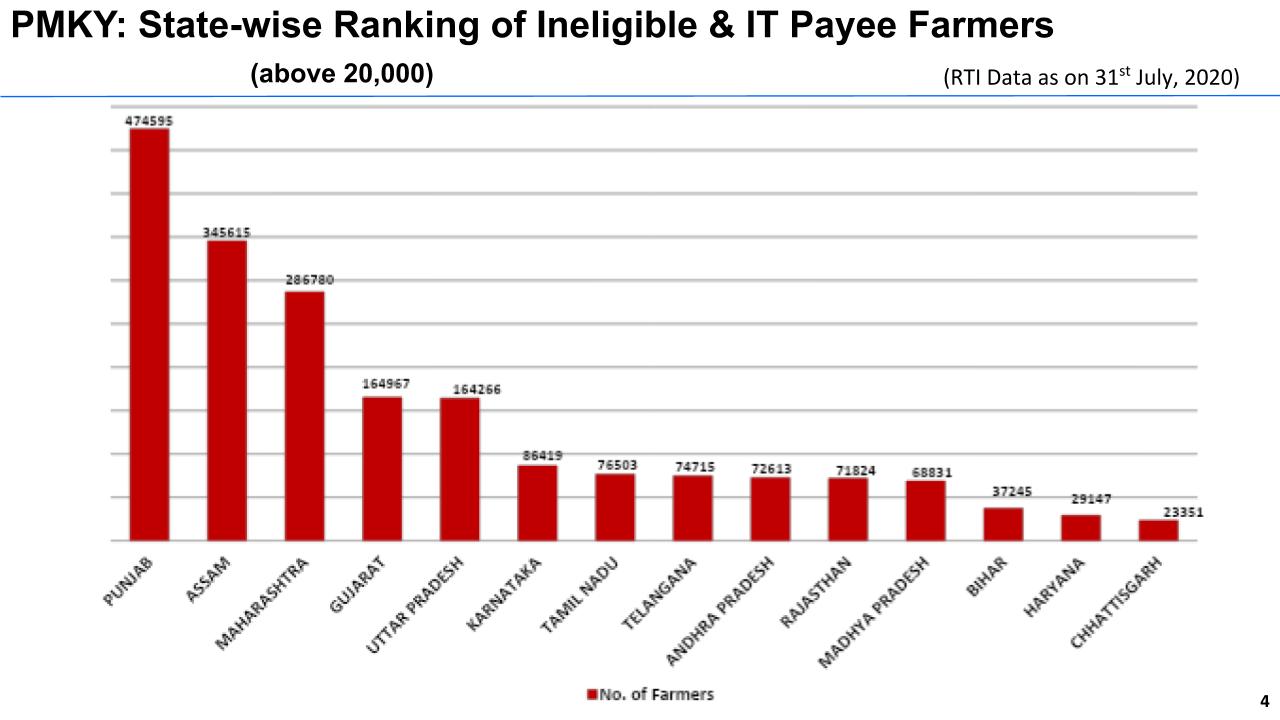 “Punjab tops the list accounting for 23.16 per cent (4.74 lakh) of the total number of undeserving persons across the country who received payouts, followed by Assam with 16.87% (3.45 lakh beneficiaries) and Maharashtra with 13.99% (2.86 lakh beneficiaries). These three states account for more than half (54.03 per cent) of the number of undeserving persons who received payouts,” Nayak said. 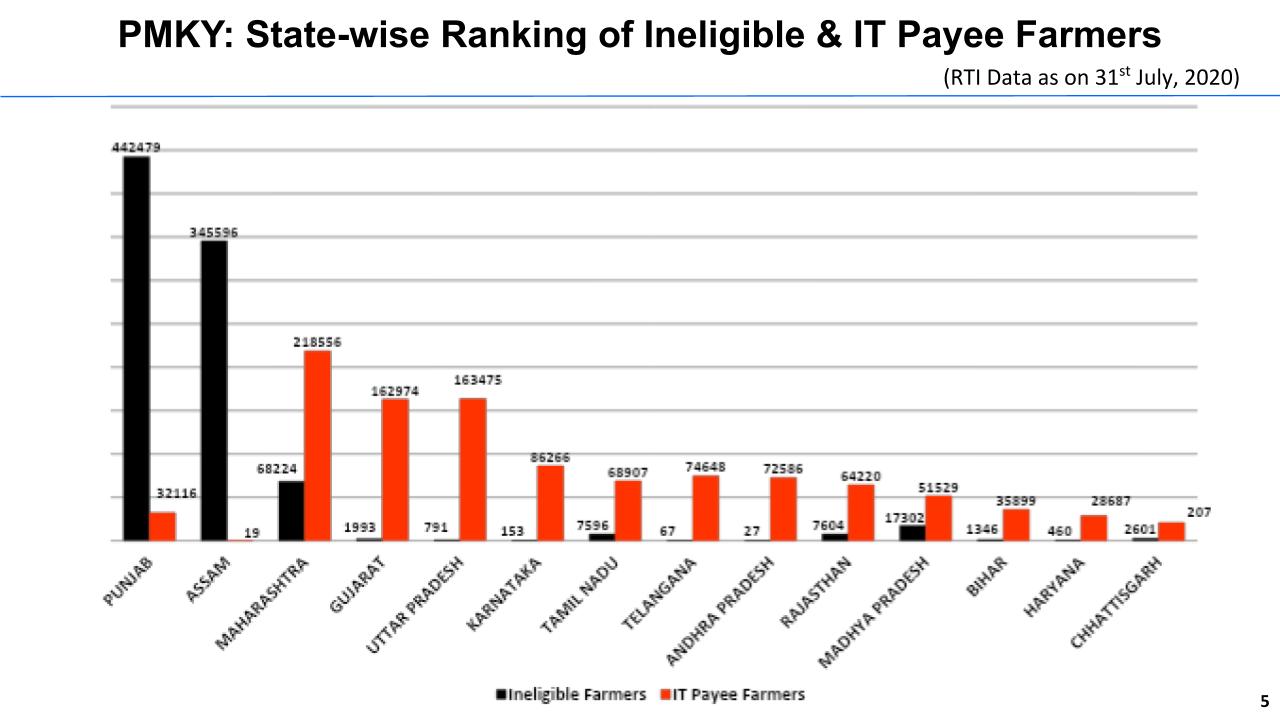 Under the scheme, an amount of ₹6,000 per year is transferred in three installments of ₹2,000 every four months directly into the bank accounts of the farmers, subject to certain exclusion criteria relating to higher income status, a PIB statement had said.

The scheme was formally launched on February 24, 2019, by Prime Minister Narendra Modi at a grand function in Gorakhpur, Uttar Pradesh.

Several categories of farmers are excluded from the scheme like institutional landholders; farmer families in which one or more members is among beneficiaries — former and present holders of constitutional posts; former and present ministers, MPs, MLAs, MLCs, mayors and chairmen of district panchayat; serving and retired government employees; pensioners receiving over ₹10,000 monthly pension; income tax payees and professionals such as doctors, engineers, chartered accountants and architects, etc.