The 2015 Paris Agreement set a realistic target of limiting global temperature rise to 2 degrees C above pre-industrial levels and ideally to 1.5 degrees C. Several countries believe the target of 1.5 degrees C is unrealistic and unattainable, however, scientists say it is very much possible, provided counties do not treat it as “an arbitrary political construct that can be haggled over”. 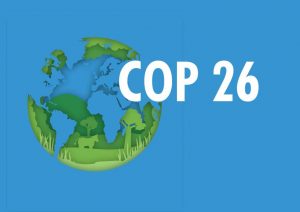 Leaders of G-20 (world’s 20 most powerful counties) meet in Rome on Sunday (October 31) from where they will fly to Glasgow for Conference of Parties (COP26), starting November 1. Their most important task would be to construct a common thought which aims at holding temperature rise to 1.5C — a physical limit to the warming the planet can safely absorb. However, this is not possible without the cooperation of all member nations, especially those reluctant to cut their emissions.

Johan Rockström, the director of the Potsdam Institute for Climate Impact Research and one of the world’s foremost climate scientists, told The Guardian that the 1.5C target was realistic. “A rise of 1.5C is not an arbitrary number, it is not a political number. It is a planetary boundary,” he said.

Scientists say that if we let the temperatures to go above 1.5C then climate change would be irreversible. It may result in Arctic ice melting and deep impact on Gulf Stream, which would rapidly raise temperatures.

Besides warming oceans, it could destroy biodiversity hotspots, agriculture fields and flood small islands and low-lying coastal areas. Rockström debunked theories that limiting temperature rise to 1.5C is impossible: “[Staying within] 1.5C is achievable. It is absolutely what we should be going for,” he told The Guardian.

China, Saudi Arabia and Russia have so far resisted focussing on the 1.5C limit, instead arguing that the 2015 Paris Agreement suggested that countries must hold temperatures “well below” 2C while “pursuing efforts” to stay within 1.5C.

Research, however, belies their theory, making it amply clear that if temperatures do rise by more than 1.5C, the results will be severely damaging and irreversible.

The belief of two degrees as the safe threshold for warming has gained grounds over the years from the first recorded mention by economist William Nordhaus in 1975.

Also read: How will warming planet affect India and ways to minimise impact

By mid 90s, most European nations were convinced that they only need to limit global temperature rise to 2C. By 2010, the standard was accepted even by the UN. Small island nations and low-lying countries did not agree though. They argued that by doing so the world is allowing their lands to get submerged in sea waters as higher temperatures caused more ice to melt and the seas to expand. Later scientists too gave enough evidence to suggest that stopping temperatures from rising beyond 1.5C would give these island nations a realistic chance of surviving the climate catastrophe.

Mark Maslin, a professor of Earth systems science at University College London, told The Guardian: “The report by the Intergovernmental Panel on Climate Change (IPCC) published in 2018 made the science very clear: there are significant climate impacts all round the world even if we limit warming to 1.5C. These results were fully supported by the very latest 2021 IPCC science report.”

Climate science shows that the negative effects of temperature fluctuations between 1.5C and 2C are already visible in the form of heatwaves, flooding and extreme weather.