It has become extremely difficult for reporters attempting to piece together the facts of the violence that broke out in this coastal city on December 19 during the protests against the Citizenship Amendment Act (CAA).

Two men, Nouseen Yane (23) and Abdul Jaleel (49), died on the spot after they were shot in the head and chest by the police. Five days after videos surfaced in which police officers were heard chiding their subordinates for not killing enough people, the city police have put out their own videos seeking to justify their actions.

The videos were shared by the Mangaluru police on their Facebook page even as the police inspector allegedly responsible for the shootings, Shantaram Kundar of the Kadri (Mangalore-East) police station, was transferred to another posting.

The grainy CCTV videos shared by the police show angry young men setting up barricades to stop the police from advancing towards them, smashing CCTV cameras and pelting stones at the police. The footage was widely circulated by television channels whose reporters offered them as proof that the protesters had resorted to arson leaving the police with no option but to shoot and kill.

The police department’s social media outreach came after they were trolled massively in online forums for being vindictive towards young Muslim men protesting against the government’s new citizenship law.

I appeal to public who have any photo or video content regarding riots that happened in mangaluru city on 19th dec to mail it to mangalurunorthmgc@gmail.com or send a WhatsApp message on 9480802327
It would help investigation team in upholding the truth..

Over the last few days, opposition leaders have panned not just the ruling Bharatiya Janata Party (BJP) government led by Chief Minister BS Yediyurappa but also the police force in Mangaluru led by Commissioner Harsha. Janata Dal (Secular) leader and former CM HD Kumaraswamy accused the police of misleading the public and challenged the police commissioner’s claim that his men had been attacked. “Hundred per cent… The police are lying,” he said to journalists who were seeking his response to the police’s claims.

“Which hospital have the injured police officers been shifted to? I also want to see,” he said and asked, “What was the reason for the stone-pelting? Why didn’t it happen elsewhere?” Congress leader and former CM Siddaramaiah also came down heavily on attempts by the police to counter claims of police and demanded a judicial enquiry during his visit to the family of the deceased. Congress MP and senior party leader B K Hariprasad said that the police had violated their standard operating procedure.

“The imposition of prohibitory orders under Section 144 of CrPC should be announced street-by-street using loudspeakers. In case crowds turn violent, they are supposed to fire water cannons. If that doesn’t work, they are supposed to resort to caning, followed by tear gas. If guns must be used, they must first fire warning shots in the air and only then can they fire at people but that too only below the knee.”

Meanwhile, a statement from a little known doctors group called Association of Medical Consultants (AMC) contested the official statement by the Indian Medical Association in which the police were heavily criticised for firing tear gas inside a hospital and caning people inside the Intensive Care Unit (ICU).

The AMC statement justified the police action and claimed that they had been called in by the management of the Highland Hospital to control mobs that had taken over their facility. They said that the police had acted on the basis of a complaint by the hospital management.

However, when The Federal spoke to the hospital management, they denied that they had called the police in. “We told the police to come because the dead and injured had been brought to our hospital.

“Their families and friends had started gathering in large numbers at the hospital. So we needed some basic crowd control, not a full blown lathi charge and tear gas firing inside the hospital. This has never happened before,” said a senior hospital staff who added that an official statement will soon be shared with the media expressing their displeasure with the police action. 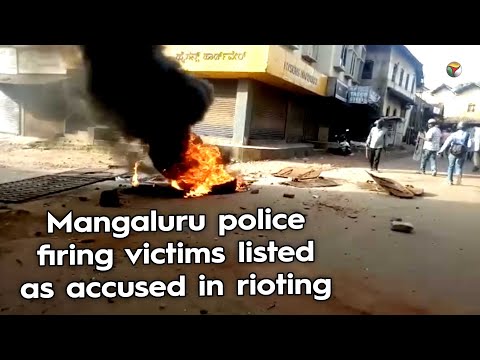