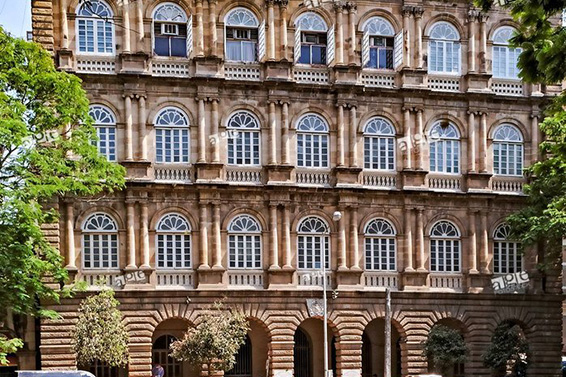 The BPP caters to the 30,000-strong Parsi community living in Mumbai.

The thrice-before postponed election to two seats of the Bombay Parsi Punchayet (BPP) – Mumbai’s oldest and richest charitable trust – has been postponed yet again, this time by a whole year, and is now scheduled to take place in October 2022.

The decision was taken by the majority of trustees on the seven-member board at a board meeting held earlier this week, which ended with one of the trustees tendering his resignation to the chairman.

The seven-member board of the BPP currently has only five seats that are filled. These include recently-elected chairman Mrs Armaity Tirandaz and trustees Kersi Randeria, Viraf Mehta, Noshir Dadrawala, and Xerxes Dastur.

The first seat fell vacant last June when ex-trustee Zarir Bhathena passed away after a prolonged illness and consequent hospitalisation, followed by the resignation of ex-Chairman Yazdi Desai in December, once again on health grounds.

As per the BPP’s Scheme of Elections, which is framed by the Bombay High Court, any vacancy for trusteeship that arises must be fulfilled within three months.

Bhathena’s demise and Desai’s resignation last year caused a shift in boardroom dynamics of the BPP. Tirandaz, Dastur, and Mehta found themselves in the clear majority, while Randeria and Dadrawala, who had earlier enjoyed full majority along with the ex-chairman and Bhathena, found themselves in the minority. Tirandaz’s recent appointment as Chairman only further helped fortify their faction.

Why is the BPP election important? For starters, the BPP is the city’s largest private landlord and controls almost 6,000 houses that are meant for lower-income members of the Parsi community, given to them at subsidised rates by the trust in housing societies called baugs.

The BPP also governs all rules and regulations related to the allocation of trust funds, as well as for fire temples, housing, and other community-specific provisions such as doles.

All in all, it caters to the 30,000-strong Parsi community living in Mumbai, and its elections have always been flamboyant and instilled a sense of pride for the Parsi community. BPP trustees choose the direction in which the BPP moves and the projects it involves itself with.

However, the election to two of its vacant seats has been delayed thrice already in the past year.

To further complicate matters, a frustrated Noshir Dadrawala tendered his handwritten resignation to Chairman Tirandaz at a board meeting held on Tuesday, wherein Tirandaz and Mehta voted to postpone the election to October 2022.

However, the latter is yet to accept the resignation. Since Dastur was not present in the boardroom, the votes cast were two each in favor of yay and nay, the latter coming from Randeria and Dadrawala.

But by virtue of Tirandaz’s weight of her casting vote as chairman of the board (which counts as a +1), the outcome was in favour of postponement.

“If as per the election scheme, the wrong decision of the majority binds me to the wrong, I choose to free myself completely from that wrong,” said Dadrawala in a statement put out by him in the aftermath of the meeting.

“First the excuse (to delay elections) was COVID and protecting the community’s senior citizens. Then it was getting everyone vaccinated. Now it is about reducing the term of office (of trustees) to five years (from seven). Stop finding new excuses to postpone elections. Might has become Right. I felt it would be more honourable to resign in dignity than to subject myself to suffering the indignity of biding myself to the wrong decisions of the majority. I have not resigned on impulse. If I continue to stay on only to keep recording my dissent, but stay bound by the wrong decision of the majority, I will not be able to forgive my own self.”

Dadrawala was referring to the thrice-postponed BPP elections when he said “decisions of the majority”.

After Bhathena’s demise last year, the remaining six trustees approached the Bombay HC, and after a lot of back and forth, the elections to two of its seats were supposed to be held in March earlier this year.

A few days before the scheduled election, three of five of its trustees (Tirandaz, Dastur, and Mehta) voted to postpone the election in light of the prevailing pandemic.

This came at a time when election preparations had been in full swing and nominations by hopeful candidates had already been filed. The dissenting Randeria and Dadrawala, who believed that there was a “political reason” for postponement, subsequently moved the Bombay HC, which asked the trust to hold its elections before May.

However, with another lockdown coming into play, the election again had to be postponed and was supposed to take place this month.

Reasons cited by the majority of the board members in favour of postponement at Tuesday’s meeting stated that the BPP had an outstanding total of Rs 11 crore, of which around Rs 1.2 crore is owed to the AH Wadia Colony association. The trust also has bills of contractors pending, and has been unable to pay gratuity to its retired staff, nor has it been able to distribute doles to mobeds or parents who have a second (or third) child.

Furthermore, the majority trustees are also seeking to amend the BPP’s election scheme and reduce the tenure of trustees from seven to five years.

All of this brings us to one question: Does it make sense for the BPP to hold an election to two of its seats this year, and spend close to Rs 40 lakh on election preparation, only to repeat the process again next year when Mehta, Randeria and Dadrawala’s terms end?

Therefore, according to the majority trustees, a single election to all five seats should and will be held next October. On the other hand, postponement of elections could also be a not-so-subtle attempt at keeping the interest of the majority BPP trustees in mind.

“We were supposed to go back to the Bombay HC with an election schedule as per an order passed at the end of April,” said Randeria, adding that the BPP was currently in “complete defiance” of the court’s order as well as of the Scheme of Elections which states that trustees do not have the right to postpone a BPP election – they are required to move the Bombay HC and only a judge can grant permission for postponement.

He also agreed that the Scheme of Elections should be modified to incorporate a five-year term for its trustees, but at the same time, also pointed out that amending the scheme and holding an election to two of its already-vacant seats, were separate issues. “It takes about 7-8 months to amend the scheme… they (the majority trustees) are just trying to buy time.”

BPP Chairman Tirandaz said: “We need to amend our scheme of elections from seven to five years and for that, we have to approach the charity commissioner. This may take a few months, so we thought that we would rather have the election to these two seats next October along with the election for the three seats that will be up for election then… because if we have the election now, it will go according to the provisions of the previous scheme which has a seven-year tenure for trustees. The BPP also needs to carefully spend its funds when elections are close to each other. We are financially stretched at the moment. But we still have to give the court the potential dates,” she said. “If we did so, then the election to two vacant seats would be held in January, and then again in October we would have to have an election for the three seats that would open up then.”

When asked if the HC had asked the BPP to provide it with an election schedule, she said: “For various reasons, this kept on being extended.” When asked if she had accepted Dadrawala’s resignation, she said: “We all have to agree on the resignation.”

Trustee Viraf Mehta said the March 24 election was postponed due to COVID and then the subsequent date for the election in May was also postponed unanimously by the board due to lockdown restrictions. “We had decided sometime in July that we would hold the election in October this year but the fish state SOPs put restrictions on election meetings, campaigns, gatherings, etc. Plus, we are an aged population – this also needs to be taken into consideration,” Mehta said.

The election to five seats of the BPP will take place together next October.