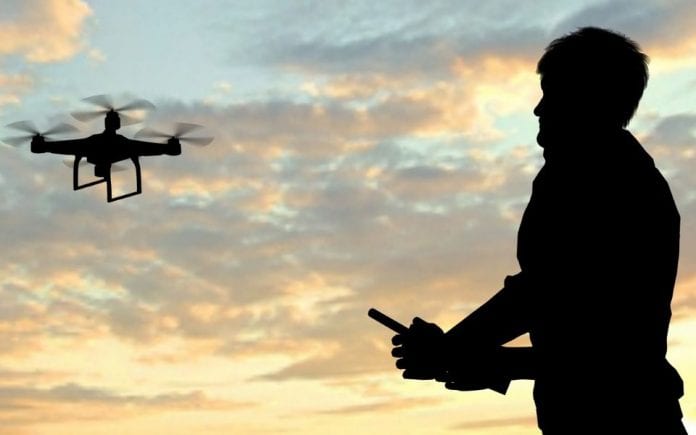 The first-ever drone strikes on the Indian Air Force station (IAF) in Jammu on Sunday (June 27) indicate how the Indian security establishment has delayed implementation of counter-drone guidelines finalised two years back even as it looks to sharpen the existing measures.

In October 2019, the Directorate General of Civil Aviation (DGCA) had issued no-permission, no-takeoff (NPNT) regulations for drones that stipulate a built-in firewall, which stops drones without the necessary permissions from taking off.

That same year the government said it had finalised National Counter Rogue Drone Guidelines. The objective was to put in place a system that can be deployed for handling threats to installations from unmanned aircraft. In the guidelines, the Ministry of Civil Aviation suggested a counter-rogue drone deployment plan, based on the sensitivity of vital assets and installations.

Drones have low Radar Cross Section (RCS), slow speed and small size – these characteristics make the task of detection difficult, and thereafter, identification and localisation even more so. In response, governments and military forces across the world, including India, have developed various approaches to detect these aerial systems. These methods can broadly be classified as radar, video/electro-optical (EO), audio/acoustic, and RF-based.

Also read: China is major supplier of armed drones to 11 countries including Pak

The counter-drone mechanism took some shape after drones from Pakistan were spotted in August 2019 by the Punjab Police. Two of these drones were recovered. On August 13, one drone was recovered in Punjab from a village which is just about 1.5 km from the India-Pakistan border. It had a carrying capacity of about 21 kg.

On September 22, four arrests were made in Tarn Taran in Punjab. Five AK-47 rifles, pistols, hand grenades and satellite phones were seized from those arrested persons.

The Home Ministry then transferred the case to the National Investigation Agency (NIA). Since then, multiple agencies have been looking for a solution to the drone threat along the border.

Addressing BSF personnel on the occasion of the 55th Raising Day in 2019, then Director General (DG) BSF VK Johri said, “There are continuous attempts of border infiltration. We have taken measures to deal with recent drone incidents at the border (in Punjab).”

In its explanation, the BSF had reportedly informed the Home Ministry that it neither has the capacity to monitor any kind of aerial movement nor any such infrastructure.

As most of such acts are done during night hours, it is difficult to observe drones through the naked eye. Even radars cannot detect these drones. With the current information, it is learnt that these drones are GPS-enabled and move through RF (radio frequency) signals, reports said.

The potential of UAVs and drones was witnessed in 2019. On September 14, Yemen’s Houthi rebels targeted two oil plants operated by Saudi Arabia’s Aramco. The strike disrupted half of the kingdom’s oil and gas production and sent global oil prices spiraling.

In India, the DRDO has reportedly developed two anti-drone directed energy weapons (DEW) for hard kills. But these are yet to be produced in large numbers.

Media reports said Indian security forces are currently not equipped to tackle such small drone attacks, especially at night. Reports also said that Indian forces are now importing a limited number of Israeli ‘Smash-2000 Plus’ computerised fire-control and electro-optic sights, which can be mounted on guns and rifles to tackle the threat from drones in both day and night conditions.