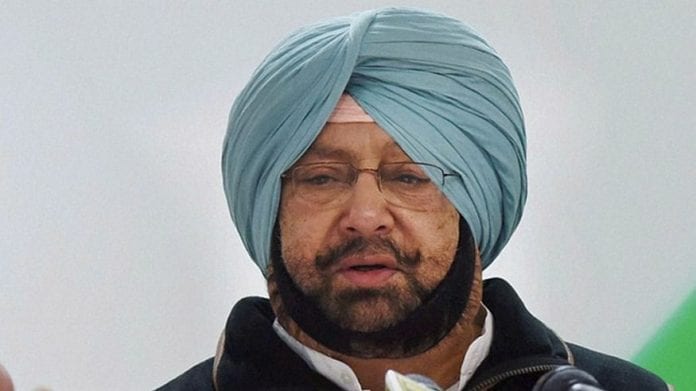 Punjab Chief Minister Captain Amarinder Singh has said it would be unfortunate if the Centre closed its doors on the protesting farmers by using the Red Fort incident as an excuse, while strongly condemning the Republic Day vandalism and violence.

In an interview to The Indian Express, the CM said: “That the symbol of Independent India should be damaged and sullied in this manner is not something any proud Indian can sanctify. It is a disrespect also to our revered Nishan Sahib, which was used by some goons (they could not have been farmers) to undermine a peaceful protest”.

However, he said it would be wrong to malign the farmers or the whole community. “As a Punjabi, I feel insulted on behalf of my community, which is bringing its sons wrapped in the national flag almost every second day from the nation’s borders. But it would be wrong to malign the whole community, whose patriotism can never be questioned or doubted,” he said.

He said It would also be wrong to defame the farmers, who have been protesting peacefully now for months, first in Punjab and for the past over two months at Delhi’s borders.

The Centre has repeatedly spoken to the CM in its attempt to contain the farmers’ protest. Several state government officials have also participated in a series of talks with the Union Agriculture Minister Narendra Singh Tomar and top officials.

“Those who indulged in the violence at Red Fort were not genuine farmers but some anti-social elements. Some of them have been identified, like this actor Deep Sidhu, who has been named by Delhi Police as a key perpetrator. So while this incident may have some temporary repercussions for the farmers’ agitation, I do not think it can cause any serious damage to their movement,” the Chief Minister told the Express.

He said there were indications of involvement of members of some political parties, and also talk of Pakistan’s hand in this incident. “That makes it all the more imperative that a thorough, proper and fair investigation should be conducted to identify the real culprits,” he said.

He appealed to the farmers to stay calm and not allow mischievous elements to derail their agitation. “Talk to the Central government. I am sure that having come so far, they will be amenable to understanding your point of view and repeal the farm laws sooner than later,” he said.