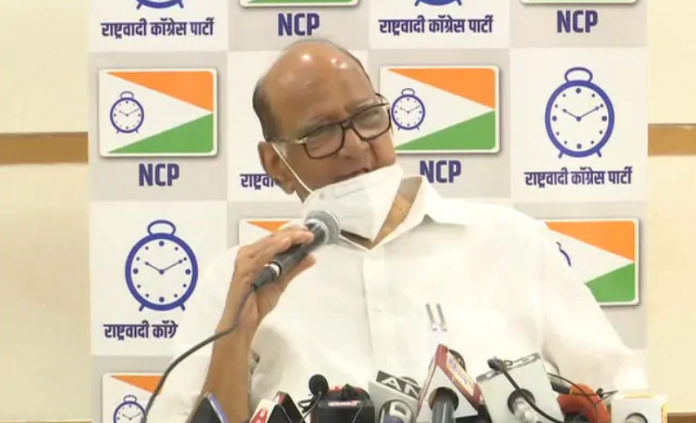 The Election Commission on Wednesday (September 23) said it has not given any directions to the tax authorities to serve notice on NCP leader Sharad Pawar.

On Tuesday (September 22), Pawar, whose NCP is an ally of the ruling Shiv Sena-led government in Maharashtra, said the Income Tax department has served him notice asking for “clarification and explanation” on his election affidavits.

“The Election Commission of India has not issued any such direction to CBDT (Central Board of Direct Taxation) to issue notice to Shri Pawar,” said an EC statement.

While expressing solidarity with eight Rajya Sabha members suspended over chaos during a vote on controversial farm bills, Sharad Pawar (79) accused the Centre of pursuing an agenda against political opponents as he referred to tax notices.

“I got the notice yesterday (September 21). We are happy that they (the Centre) love us among all the members. The notice was served by Income Tax after the Election Commission asked (it) to… We will reply to the notice,” he said.

He was responding to media questions on reports that his daughter and Lok Sabha member Supriya Sule, Maharashtra Chief Minister Uddhav Thackeray and his son Aaditya Thackeray had received similar notices.

“I got notice from the Income Tax Department in reference to the affidavit I submitted in 2020 and 2014 and 2009-10. They are asking for some information and clarification and similarly they have asked this to Supriya (Sule) also for the last three elections,” he said.

Pawar had also announced a one-day fast to show solidarity with the suspended Rajya Sabha members.

In 2019, the Enforcement Directorate had issued a notice in the Rs 25,000-crore scam in the Maharashtra State Cooperative Bank even though Pawar was neither a member nor a director of that bank. The ED notice had changed the political scenario ahead of the Maharashtra assembly polls, pushing the BJP on the back foot.