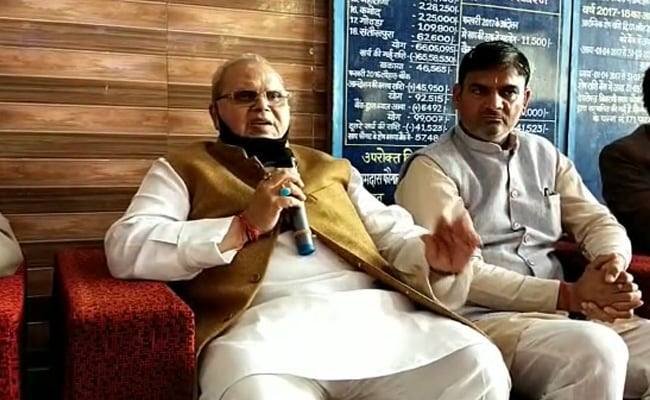 Meghalaya Governor Satya Pal Malik has made explosive comments about Prime Minister Narendra Modi, saying he was “very arrogant” while talking about farmers, and that Home Minister Amit Shah too described Modi as having “lost his mind”.

Speaking at a function in Haryana on Sunday, Malik said he had gone to meet Modi to discuss the farmers’ issue, but the latter turned “arrogant” in five minutes.

“I told him yes, since you are the king. Anyway, I ended up having a fight with him. He told me to meet Amit Shah and so I did,” he said, adding that Modi offers condolences when a dog dies but did not react to the farmers’ deaths.

Malik said he then went to meet Amit Shah. “When I met Amit Shah, he told me ‘Satya, he has lost his mind. You be carefree and keep meeting us’,” he said, alleging that Amit Shah’s reference was to Modi.

While the BJP is yet to react on the matter, the Congress was quick to grab the chance.

“Vanity… cruelty… insensitivity. In BJP Governor’s statement, these ‘qualities’ of PM Modi’s personality are mentioned. This is a matter of concern for a democracy,” the party tweeted.

Congress leader Mallikarjun Kharge tweeted, “Meghalaya’s Governor Sri Satya Pal Malik is on record saying PM was ‘arrogant’ on the issue of Farmers & HM Amit Shah called the PM as ‘mad’. Constitutional authorities speaking about each other with such contempt! Narendra Modiji is this true?”

Satya Pal Malik, who hails from Haryana, has attacked the government and the BJP over the farmers’ issue. He was earlier governor of Jammu and Kashmir, and Goa.

Despite withdrawing the three controversial farm laws, over which farmers had staged an almost-year-long agitation, the Centre is yet to firm up on their demand for a law on MSP.

However, there are indications that the government would go back on its promises, made in the wake of the politically important Uttar Pradesh elections.

Last month, Union Agriculture Minister Narendra Singh Tomar suggested that the farm laws could be brought back. “We moved a step back and we will move forward again because farmers are India’s backbone,” he had said.

Malik spoke in support of the farmers at the meeting. “But if the government thinks the agitation has ended, it is not so. It has only been suspended. If there is injustice or if there are any excesses with farmers, then the stir will start again.”