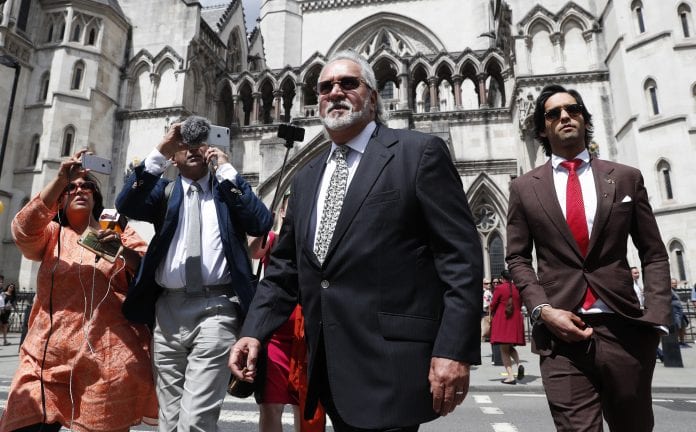 The Centre on Tuesday said the Bharatiya Janata Party- led Uttar Pradesh governments move to include 17 communities belonging to Other Backward Classes (OBC) in the Scheduled Castes (SC) list was not in accordance with the Constitution as only the Parliament has the right to do so. “This is not proper,” said Social Justice and Empowerment Minister Thawar Chand Gehlot in the Rajya Sabha after the matter was raised by Bahujan Samaj Party (BSP) member Satish Chandra Misra during the Zero Hour.

Under fire over the appointment of a ‘representative’ to stand in for him in Gurdaspur Lok Sabha constituency, Bollywood actor and MP Sunny Deol Tuesday (July 02) said a controversy is being created out of nothing. Breaking his silence on the issue, he said the appointment was made to “ensure smooth flow of work” whenever he was “out of Gurdaspur”. The first-time MP added that it was “extremely unfortunate to see a controversy being created out of nothing at all”.

India bows to Trump; may block Huawei from 5G rollout

The Modi government appears to have caved into the United States’ pressure not to entertain Huawei’s 5G rollout in India, according to a report. A high-level committee on 5G headed by the government’s Principal Scientific Adviser K Vijay Raghavan has said it is time India goes in for 5G trials “except for Chinese vendors”,  says a report in the Times of India. The report, quoting Vijay Raghavan, told the meeting on June 13 that India would have to look at the pros and cons of letting the Chinese get involved in the 5G trials. The committee comprises the departments of telecom, home, external affairs and science and technology besides the Intelligence Bureau.

UK High Court allows Mallya to appeal against his extradition

In a reprieve to embattled liquor tycoon Vijay Mallya, the UK High Court Tuesday allowed him to appeal against his extradition order signed off by the UK home secretary Sajid Javid to face alleged fraud and money laundering charges amounting to ₹9,000 crores in India. A two-member bench of the Royal Courts of Justice comprising Justices George Leggatt and Andrew Popplewell made the conclusion after hearing the arguments. The bench said that the arguments can be reasonably made on some of Westminster Magistrates’ Court Chief Magistrate Judge Emma Arbuthnot’s conclusions in her prima facie case ruling.

Faith vs Career: Zaira Wasim wilts where others before her bloomed

In 2016, when the first poster of the film ‘Dangal’ was released, it had an elderly patriarch with what appeared like four strapping boys. Only a closer look at the catchline that asked, ‘Mhari chhoriyan chhoron se kam hai ke?’(Are my girls any less than boys?), that one realized that the film was about girls fighting it out in the male bastion of wrestling. One of the girls in the film was Zaira Wasim, cast as a young Geeta Phogat, the celebrated wrestler from Haryana. The film did exceptionally well and so did Zaira. She won a National Film Award for Best Supporting Actress and in 2017 was conferred with the National Child Award for Exceptional Achievement by President Ram Nath Kovind.

The Singapore High Court has ordered the freezing of bank deposits worth ₹44.41 crore kept in that country by PNB fraud accused Nirav Modi’s sister and brother-in-law as part of a money-laundering probe in India, the ED said on Tuesday. The agency said the bank account is in the name of Pavillion Point Corporation based in the British Virgin Island, a company “beneficially owned” by Purvi Modi and Maiank Mehta. The two are the sister and brother-in-law of Nirav Modi, who is currently under arrest in this alleged bank fraud case in London.

In Super Clasico against Brazil, Messi will have burden of Argentina on his feet

There is something about Lionel Messi that defies conventional thinking. He is an amazing player, no doubt. Arguably, the greatest ever. In fact, there is very little the diminutive Argentine can’t do on a football field. He can dribble past defenders at will, see a pass way faster than anyone else on the ground, and score goals from seemingly impossible angles. But these are qualities common to all great footballers. Zinedine Zidane had it. Ronaldinho executed it to perfection, that too with a smile. Cristiano Ronaldo continues to do it. Against Brazil in the Copa America semifinals, the pressure will be on the shoulders of Messi again, despite the hosts being the favourites to progress. Messi can probably smell an international trophy — something that has evaded his Argentina team for a long time now.

US Senate passes provision to give India NATO ally-like status

The United States Senate has passed a legislative provision that brings India at par with America’s North Atlantic Treaty Organization (NATO) allies and countries like Israel and South Korea for increasing defence cooperation. The National Defense Authorisation Act or NDAA for the fiscal year 2020, which contained such a proposal was passed by the US Senate last week.