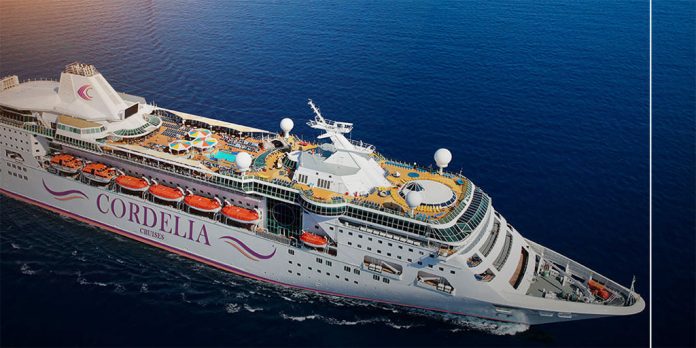 The Cordelia cruise ship, where 66 out of more than 2,000 people on board tested COVID positive, has been sent back to Mumbai from Goa with all the passengers after some infected persons refused to get admitted to a medical facility in the coastal state.

“The infected passengers would be isolated on the ship,” an official from a shipping agency said on Tuesday.

“As many as 66 of the over 2,000 people on board the Cordelia cruise ship, which came to Goa from Mumbai, had tested positive for COVID-19,” state Health Minister Vishwajit Rane said on Monday.

“The testing of those on board the vessel was necessitated, after a crew member was found infected with the coronavirus on Sunday,” an official said.

“The ship was sent back at 11:30 pm on Monday after 27 passengers, who had tested positive, refused to disembark,” Govind Pernulkar, manager operations, JM Baxi and Co., a local ship agent, told PTI.

The ship had to be sent back after some of the passengers who tested positive refused to get admitted to a COVID-19 facility in Goa. Only six crew members out of the total 66, who had tested positive, were disembarked in Goa, according to Pernulkar.

Pernulkar said that after considering the situation, the South Goa district administration ordered that the ship, along with all the passengers, be sent back to Mumbai.

“The passengers who were shifted to an isolation facility were also brought back to the ship before it sailed to Mumbai. The coronavirus positive passengers would be isolated on the ship,” Pernulkar said.

“Some of the infected persons who refused to leave the ship were travelling along with their families,” Pernulkar said, adding that a few of their family members had tested negative for the viral infection.

The ship is expected to reach Mumbai by Tuesday afternoon.