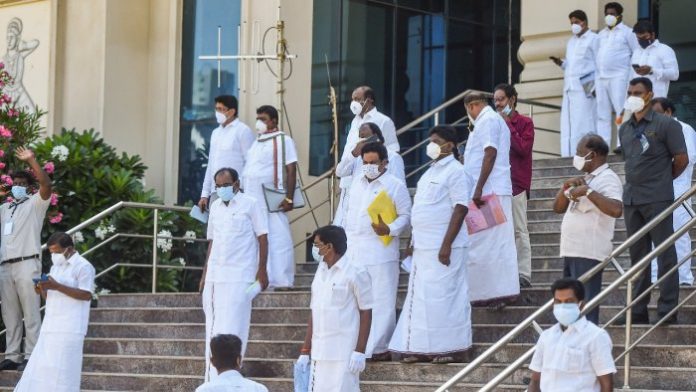 Over the last COVID-hit year, lockdowns shuttered not only many business establishments across the country but also forced state assemblies to work for fewer days than their normal sittings.

In Tamil Nadu, the former AIADMK government in the last year convened the assembly for only 23 days. The 15th assembly formed in 2016 had an average of 35-day sittings in a year till 2019.

“Data from the 19 states shows that, on an average, they issued 14 ordinances over the last year. This number was skewed by Kerala which promulgated 81 ordinances. Half of these 81 ordinances were ones that were re-promulgated, i.e. the same ordinance was issued again after an intervening session,” said PRS Legislative Research in its annual report on review of state laws.

State legislatures passed most Bills without detailed scrutiny. In 2020, 59% of the Bills were passed on the same day that they were introduced in the legislature. A further 14% were passed within a day of being introduced, said the PRS analysis.

States like Karnataka and Rajasthan passed a majority of their Bills two or more days after their introduction in the legislature. In both states, 37% of Bills had a gap of at least five days between their introduction and passing.

Several states passed laws amending existing Acts on court fees and suit valuation. Assam, Karnataka, Tamil Nadu, and Telangana amended their existing laws to allow for electronic modes of transfer for payment or refund of court fees. These amendments came in the aftermath of the COVID-19 pandemic.

Goa amended its legislation to introduce a hike in the court fee structure for various suits. Rajasthan prescribed a maximum of Rs 25,000 as the court fee for defamation suits.

The DMK in its manifesto has promised to have 100 days of assembly session each year. But this year it may not be possible due to the COVID lockdown and also the late presentation of the revised budget for the current financial year.