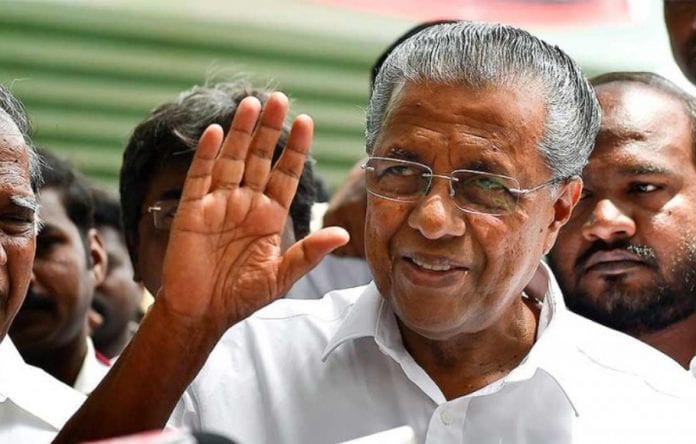 Speaking to Prannoy Roy of NDTV, he said a robust public health system, high levels of awareness among the public and their keenness to follow guidelines, and early preparedness were the key factors that helped the state to effectively resist the onslaught of COVID-19.

Stating that Kerala had the highest recovery and lowest mortality rates, he said the challenge was not over yet and a sustained fight was needed to ide over the crisis. “We can’t let our guard down till every positive patient is cured and everyone under quarantine completes the observation period,” said Vijayan.

“According to certain sections of scientific community, COVID-19 is here to stay. If it is so, we have to live with it (coronavirus). People cannot be locked up forever. Whatever be the result, relaxation – at least to the extent of ensuring livelihoods – is inevitable,” said the chief minister.

Speaking about the influx of returning migrants from other states and abroad, he said, “We are well equipped to face the situation emerging due to the incoming of returnees. Sufficient institutional quarantine facilities have been prepared… We are prepared to face any eventuality.”

On the economic front, he blamed the Centre’s lackadaisical attitude to helping the indigent and the migrants. Vijayan said the state government has launched comprehensive food safety and industry revival schemes, and even announced an economic revival package of ₹20,000 crore to mitigate the crisis.

The chief minister said the Kerala government is looking at the “₹20 lakh crore” economic package announced by the Centre with a positive attitude. He said the focus of the package should have been on putting money in the hands of the people.