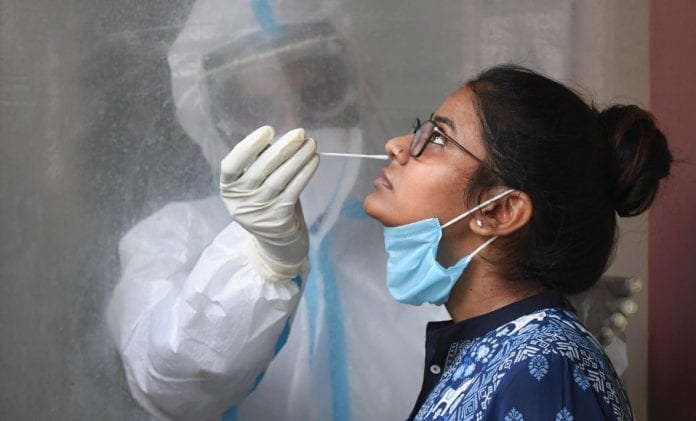 With the national capital dangerously inching up the COVID scoreboard, recording almost 62,000 cases so far, the Delhi government has decided to conduct screening in every house by July 6 as part of a new plan, NDTV reported.

According to the report, all houses in containment zones will be screened by June 30, while surveillance and contact tracing will be strengthened in areas which have reported COVID cases to arrest its spread.

The new plan comes after a meeting of Home Minister Amit Shah and Chief Minister Arvind Kejriwal last week, where the former urged the Delhi government to follow the recommendations of the COVID-19 committee formed by him.

“More than 2,500 new cases and upto 75 deaths are being reported every day. About 45 per cent of the cases (in containment zones) are showing signs of clustering in containment zones,” the report quoted the Delhi government as saying.

The government would implement a strict monitoring plan in districts and COVID-19 task forces in districts, which were earlier headed by district magistrates will have district commissioner of police, civic officials, epidemiologists from the Municipal Corporation and IT professionals monitoring the Aarogya Setu app.

The state task force will be headed by the chief minister.

As per the revised guidelines, movement in containment zones will be restricted by police and CCTV monitoring and rapid antigen testing will be done in these areas.

Downloading the Aarogya Setu app will be mandatory in the most-affected areas, the state government said.

In populated areas, patients will be sent to COVID-19 care centres and all symptomatic and asymptomatic cases will be tested in containment zones between the 5th and 10th day.

Delhi, which has the second-highest number of infections after Maharashtra, recorded a single-day jump of 3,947 cases, the highest reported any state so far.