In the backdrop of massive protests across the country over the Citizenship (Amendment) Act (CAA), Prime Minister Narendra Modi on Sunday (December 22) addressed a rally to launch the BJP’s campaign for the assembly elections in Delhi next year, at Ramlila Maidan here.

The campaign comes a day after the BJP announced its plan to launch a massive campaign to reach out to people over the amended citizenship act.

Hitting out at the opposition and “urban Naxals” for spreading rumours and misleading and inciting people over the CAA, Modi said, “Congress, its friends and some urban Naxals are spreading rumours that all Muslims will be sent to detention centres… Respect your education, read what is the Citizenship Amendment Act and NRC. You are educated.” 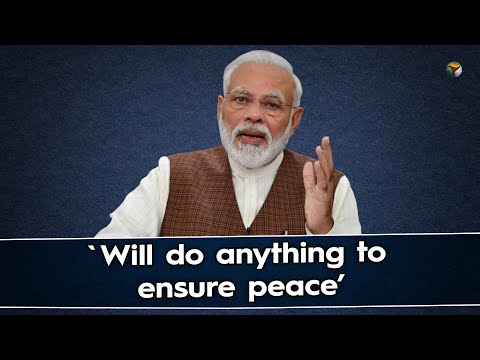 Pointing out that the citizenship act will only apply to those people who have been living in India for several years and no new refugee will benefit from it, the Prime Minister said, “Some parties are spreading fear over this CAA. We did this because we believe in ‘sabka sath, sabka vikas’.”

Welcoming the Hindus and Sikhs living in Pakistan, Modi said, “Mahatma Gandhi had said that the Sikhs & Hindus living in Pakistan will always be welcome in India. This Act is in line with promise the Govt of India made in 1947. Now that we’re fulfilling the decades-old promise, why are they protesting against it.”

Earlier, in his speech, he spoke about regularising unauthorised colonies to expanding the metro connections and attacked the ruling Aam Aadmi Party (AAP) government over issues faced by Delhi’s residents.

“Had the Delhi government not politicised the Phase 4 project of Delhi Metro, its work would have started much earlier,” he said.

In the binding statement, Modi urged the people of Delhi to launch a mass cleanliness drive before the year ends, adding, “We should welcome new year with a cleaner Delhi.”

In a statement, senior BJP leader Vijay Goel said the rally was being organised to thank the Prime Minister for giving ownership rights to 40 lakh residents of 1,731 unauthorised colonies.

As part of the campaign, the party plans to contact more than 3 crore families by holding rallies in every district in the next 10 days. The decision was taken in a meeting chaired by BJP’s working president JP Nadda.

More than 23 people have died in police firing during nationwide protests against CAA in the past few days. On Sunday, several more rallies have been planned in the national capital.