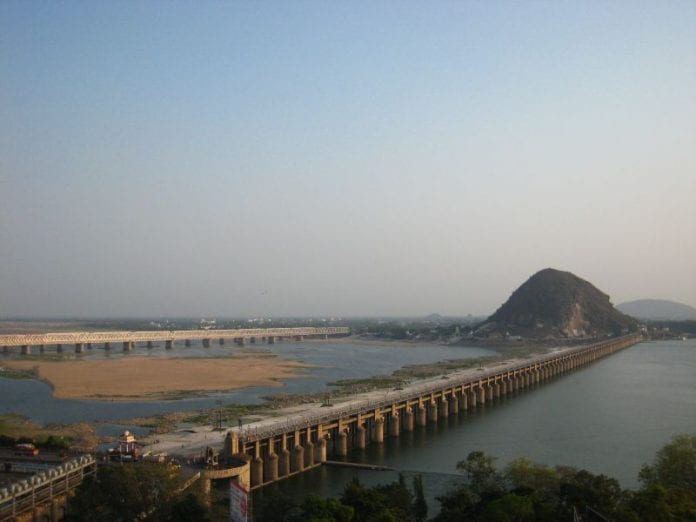 The Krishna Water Disputes Tribunal (KWDT) has allotted 811 tmc water in the Krishna river for Andhra Pradesh and 299 tmc for Telangana. Photo: iStock

The Supreme Court on Monday (August 2) asked Andhra Pradesh and Telangana to amicably resolve their dispute on sharing the Krishna river water.

Chief Justice of India NV Ramana, who was born in the undivided state of Andhra Pradesh, clarified that he would not adjudicate the legal issues involved in the matter, but if the states were forthcoming on settling the dispute through talks, the bench could assist the mediation process, media reports said.

“I belong to both the states. I don’t want to hear this matter legally. But if the matter can be settled in mediation, please do that. Otherwise, we will have to send this matter to another bench,” the CJI told senior counsel Dushyant Dave, who appeared for the AP government, media reports said.

Dave commended the CJI’s views, adding he would have to speak to the competent authorities in the AP government since it was a political matter. The senior counsel also referred to the recent clashes between Assam and Mizoram at the latter’s border and said any other state in the country should not witness the same situation.

Appearing for Telangana, senior advocate CS Vaidyanathan said the Centre had intervened and there was nothing left for the court to adjudicate.

Responding, Justice Ramana asked both the lawyers to persuade their client to iron out the issues amicably. “I can only wish for both of you to convince your governments to resolve it without the involvement of any third party,” the CJI told Dave and Vaidyanathan while posting the matter for Wednesday (August 4).

The AP government has said: “More significantly, the state of Telangana is clearly in violation of a binding award, popularly known as ‘Bachwat award’ made on May 31, 1976, and the express provisions of the 2014 Act whereby the state of Andhra Pradesh was bifurcated into Telangana and Andhra Pradesh,” stated the petition.

It added that the Telangana government’s notification of June 28, under which the state has decided to generate hydel power up to 100 per cent installed capacity, has caused immense hardship for people of Andhra as the availability of water has been seriously prejudiced by depletion in Srisailam Dam project, as well as in other projects such as the Nagarjuna Sagar Project and the Pulichintala Project.

“Fundamental rights, including right to life of its citizens, are being seriously impaired and infringed on account of unconstitutional, illegal and unjust acts on part of Telangana and its officials, resulting in the citizens of Andhra Pradesh being deprived of their legitimate share of water for drinking and irrigation purposes,” stated the petition.