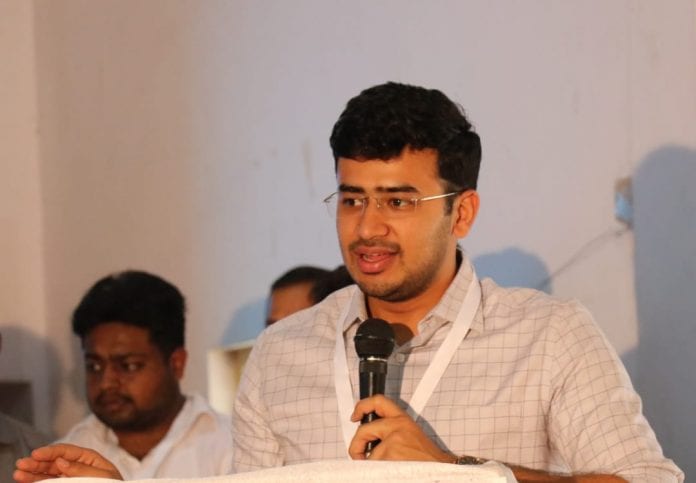 At a time when the BJP is rumoured to have LJP leader Chirag Paswan on its B-team in Bihar, the saffron party’s Yuva Morcha chief Tejasvi Surya has now praised the 37-year-old, just days before the state goes to polls.

Tejasvi who was campaigning in Arrah on Sunday (October 25), when asked about Paswan defined him as an “energetic leader”.

Related news: A dark horse or just another flash in the pan?

“Chirag-ji is a colleague in Parliament. He is a very energetic leader. Even in Parliament, he raises the issues of Bihar with a lot of dedication and statistics. He has made his stand very clear,” Tejasvi told reporters.

Chirag created a flutter when LJP pulled out of the NDA, and decided to field his candidates against JD (U) while pledging his allegiance to the BJP.

Even though the BJP has ruled out any possibilities of an alliance with the LJP, it has not denied such a possibility after the polls.

He, however, clarified that the BJP stands by Nitish Kumar who would be the next chief minister if the NDA wins the polls.

“In the next government too, Nitish Kumar-ji will be chief minister. The BJP and the NDA will get two-thirds majority and will win the election. And Nitish Kumar will be the CM of the future government,” he said.