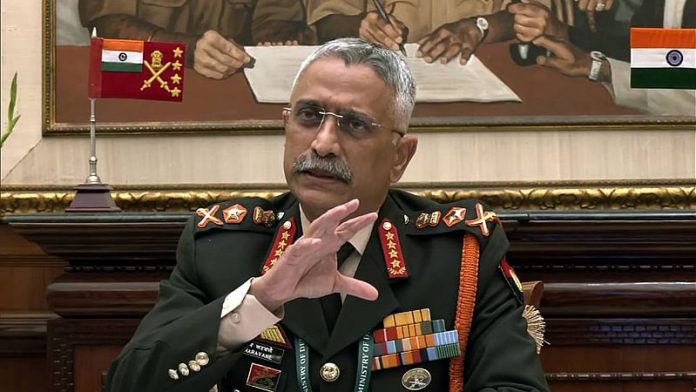 Indian Army Chief General MM Naravane said Wednesday that despite partial disengagements at multiple friction points in Ladakh, the Chinese threat in the region had not diminished even as the 14th round of talks between Indian and Chinese Corps Commanders is being held to resolve matters.

“This law will have no bearing on our bilateral relations and that we do not accept it as such,” he said. “India and China have many other agreements and protocols which predate this new law that they have passed. And any new law which is not binding on other countries and which is not legally tenable and is not in keeping with the agreements that we have had in the past, obviously cannot be binding on us.”

Stating that the situation was “stable and under control” along the Line of Actual Control, he said India can deal with “whatever is thrown at us in the future”. “War or conflict is always an instrument of last resort. But if resorted to, we will come out victorious.”

Naravane expressed hope that the dispute over PP15 (Hot Springs) is resolved at the ongoing talks, after which the forces were planning to discuss Depsang Plains and Demchok.

At Despang Plains, the Chinese troops are not allowing Indian soldiers access to 5 traditional patrolling points, and at Demchok, Chinese “civilians” have pitched tents on Indian territory.

“A number of rounds will be required to deal with this situation and resolve them, one at a time,” he said. “While we say that, while there has been partial disengagement, the threat has in no way reduced. The force levels are more or less the same, and from our side they have been enhanced.”