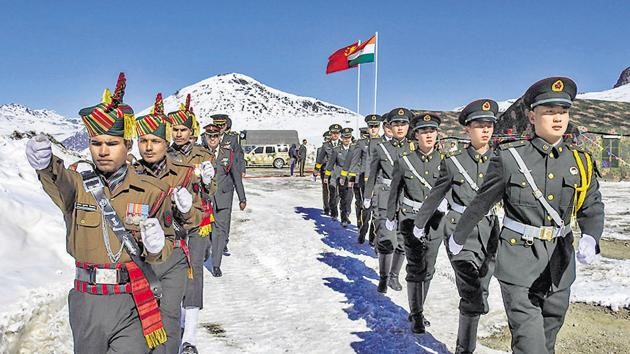 The MEA statement said the boundary question was also a matter of concern to India since it is an issue that has remained unresolved between the two nations Pic: PTI photo

China’s unilateral new land legislation can have an “implication” on existing bilateral agreements on border management as well as on the boundary question and this is a matter of concern to India, said a Ministry of External Affairs (MEA) statement issued on Wednesday (October 27).

In response to media queries on China’s Land Boundary law, the MEA spokesperson Arindam Bagchi in a statement said China’s new land law, titled ‘Land Boundary Law’ could not just have an implication on the existing bilateral agreements on border management. The boundary question was also a matter of concern to India since it is an issue that has remained unresolved between the two nations, said the statement.

On October 23, China had passed a new land law for the “protection and exploitation of the country’s land border areas” which will come into effect from January 1, 2022, state media Xinhua had reported.

The MEA statement however said that such a unilateral move will have no bearing on the arrangements that both sides have already reached earlier, be it the boundary question or for maintaining peace along LAC in India-China border areas. The statement however added that India expected China would avoid any action using this new law which could then “alter” the situation in the border areas.

On the critical, “unresolved” boundary question, the MEA statement said that both sides have agreed to seek a “fair, reasonable and mutually acceptable” resolution to the boundary question through consultations on an equal footing.

“We have also concluded several bilateral agreements, protocols and arrangements to maintain peace and tranquility along the LAC… in the interim,” said the MEA spokesperson, Bagchi in the statement according to the HT report.

The MEA statement concluded by saying that the passage of this new law does not in our view confer any legitimacy to the so-called China-Pakistan “Boundary Agreement” of 1963 which the Government of India has consistently maintained is an illegal and invalid agreement.

The statement had started off stating that the new law states among other things that China abided by treaties concluded with or jointly acceded to by countries on land boundary affairs. It also has provisions to carry out reorganisation of districts in border areas.