The protest against the Citizenship Amendment Act planned at New College, Royapettah, Chennai, on December 19 turned out to be a non-starter.

A few protesters gathered around the college but the protest could not take off as the permission was revoked.

With security guards keeping a watch over the activity around the campus of the minority institution, a police personnel deployed at the gate confirmed that while there were news about protesters gathering around the campus, they had not been allowed to carry out protests.

The college authorities declined to comment on the protest plan but said the institution would stay closed till January 2.

A source said, “We have put up a board outside just to clarify that we do not have lectures and practical classes, apart from that we are closed for central valuation from December 22 to January 1.” 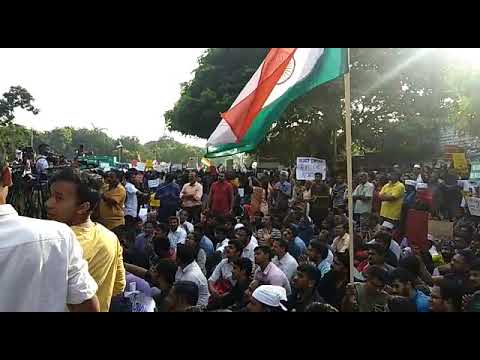 A few students, who were visiting the campus, said they heard of the protest plan. A student said on condition of anonymity, “I am here to meet one of my professors, but I am not being allowed inside because the guards have been instructed by the principal to not let anyone inside during the holidays.”

Another student said he had no idea about the protests but the holidays declared were routine and not sudden.

The gates of the college were opened strictly to anyone —including staff and visitors.

The college, however, had carried out a protest last week, soon after the passing of the Bill in the Parliament. The students had held a protest on the campus, raising slogans against the Act. They had expressed fear that they would be rendered secondary citizens due to the Act, in case they are unable to produce relevant documents.