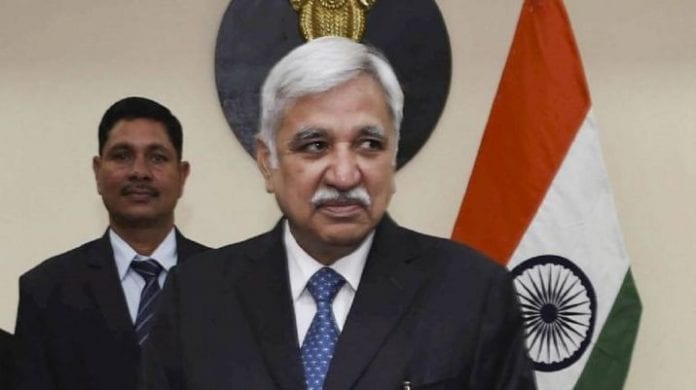 Chief Election Commissioner Sunil Arora and fellow commissioners Ashok Lavasa and Sushil Chandra have decided to take a voluntary 30 per cent cut in their basic salaries for one year to fund fight against COVID-19.

The three commissioners, including the Chief Election Commissioner (CEC), are entitled to a salary which is “equal to the salary of a judge of the Supreme Court”, according to the provisions of a law governing their conditions of service. Supreme Court judges draw a monthly salary of Rs 2.50 lakh, besides other entitlements.

“The numerous steps being taken by the government and civil society organisations require vast resources for which contribution from all sources, including reducing the burden of salaries on the exchequer, might be helpful. The commission has decided to contribute in the form of voluntary reduction of 30 per cent in the basic salary paid by the Election Commission to the Chief Election Commissioner and the Election Commissioners for a period of one year commencing April 1,” the poll panel said in a statement.

Union ministers and MPs have recently taken a 30 per cent cut in their salaries and some allowances to fund fight against COVID-19.