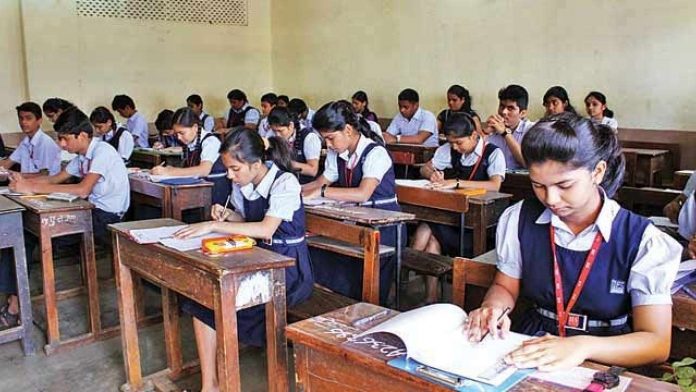 Union Education Minister Dr Ramesh Pokhriyal Nishank on Thursday (December 31) announced that CBSE class 10th and 12th board exams 2021 will be held from May 4 to June 10 and the results will be declared by July 15.

Practical exams will start from March 1. Pokhriyal announced the news through a live video on his social media account.

The board exams are held every year in February-March and the results are declared by the month of May. This year, the academic year started late due to the pandemic.

The minister had earlier hinted that the board examination will definitely not be conducted in February and the dates will be declared only after assessing the condition of COVID infection in all the states.

The board examination will be held in the offline mode, the minister added.

“The board exams for class 10 and 12 will be conducted from May 4 to June 10. Schools will be allowed to conduct practical exams from March 1. Date sheet for both the classes will be issued soon. The results will be declared by July 15,” Pokhriyal announced.

Several schools have already conducted pre-board exams online to keep the students prepared. The CBSE had earlier this month announced that board exams in 2021 will be conducted in written mode and not online.

Schools across the country were closed in March to contain the spread of COVID-19. They were partially reopened in some states from October 15. However, a few states have decided to keep them closed in view of a spike in the number of infections.

The board exams this year had to be postponed mid-way in March. They were later cancelled and the results were announced on the basis of an alternative assessment scheme.

6:30 AM, 30 January, 2023 0
Over the years, the BBC in India has had its fair share of trouble with the Indian government. Here are some cases over which the British broadcaster and Indian government have locked horns