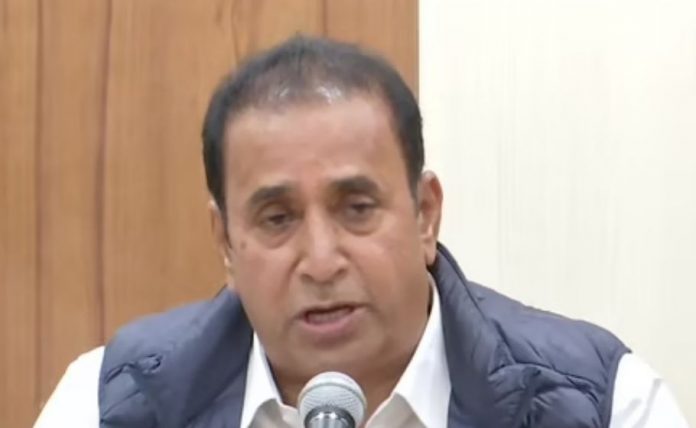 Deshmukh, an NCP leader, has denied the allegation and said he would sue Singh for defamation | File Photo: Twitter/ANI

The CBI on Saturday (April 24) conducted searches at the residence of former Maharashtra Home Minister Anil Deshmukh and registered an FIR against him over charges of corruption levelled against him by former Mumbai police chief Param Bir Singh.

A case has been registered under the provisions of the Prevention of Corruption Act. The CBI had conducted a preliminary inquiry involving Deshmukh following the Bombay High Court orders. On March 25, Param Bir Singh had filed a criminal public interest litigation seeking a CBI probe involving Deshmukh who, he claimed, had asked police officers, including suspended cop Sachin Waze, to extort Rs 100 crore from bars and restaurants.

The HC had handed over the case to the CBI earlier this month giving the Central probe agency 15 days to decide if a corruption case can be filed. The CBI then registered a preliminary inquiry involving Anil Deshmukh and several others on April 6.

Singh had approached the Supreme Court alleging that he was transferred from his post of Mumbai Police Commissioner after complaining to Chief Minister Uddhav Thackeray and other senior leaders about Deshmukh’s corrupt practices.

After filing the case, the CBI is conducting raids in four locations, including Deshmukh’s homes in Mumbai and Nagpur.

Deshmukh had quit earlier this month as the state’s home minister, citing “moral grounds”. The corruption allegations against him had plunged the Uddhav Thackeray-led coalition government into a crisis even as it battled a surge in COVID infections.

The case involves Singh’s transfer to the state Home Guard after encounter specialist high-profile police inspector Sachin Waze was suspended following “mishandling” of the Mukesh Ambani’s security threat incident in which an explosive-laden SUV was parked outside the country’s billionaire industrialist’s Antilia residence in February this year.