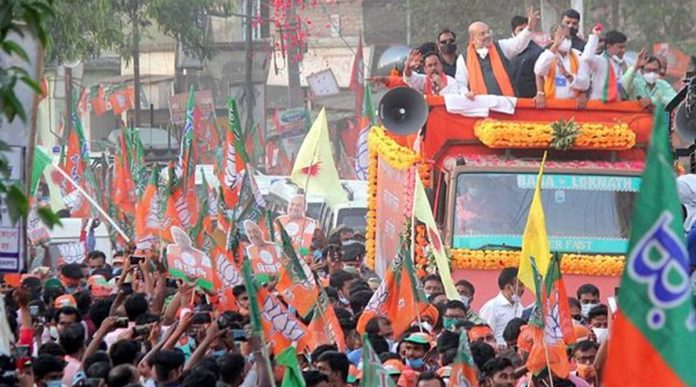 After banning victory celebrations following the Assembly polls results, the Election Commission on Wednesday (April 28) issued a fresh order: Candidates won’t be allowed inside counting centres on Sunday (May 2) without a negative COVID report or proof of two vaccine doses.

The elections were held beginning March-end till April-end in West Bengal, Tamil Nadu, Kerala, Assam and Puducherry amid a massive COVID surge in the country. By-elections for Lok Sabha and assemblies were also held in Rajasthan, Uttar Pradesh, Karnataka and Telangana. Panchayat polls have also been held in UP.

In an order on April 28, the poll panel banned any public gathering outside counting centres on May 2. Candidates and their agents will be allowed only after a negative RT-PCR test that is not more than 48 hours old. Candidates will have to produce a negative RT-PCR report or Rapid Antigen Test report or vaccination certificates received at least 48 hours before the start of counting.

Candidates will need to provide a list of counting agents three days before the counting day. On April 27, the Election Commission banned victory processions on the day of results.

Crowded campaigns and rallies by parties and politicians drew anger as COVID protocol such as wearing masks and distancing were ignored. Last week the Election Commission clamped down on campaigns and limited the crowd size to 500. The decision came hours after Prime Minister Modi cancelled his visit to West Bengal for a series of rallies, citing a COVID meeting.

On April 26, the Madras High Court slammed the Election Commission for allowing political rallies to conduct huge election rallies amid the raging pandemic. The court said that the poll body is to be held “singularly responsible” for the COVID-19 second wave. Chief Justice Sanjib Banerjee went to the extent of noting that EC officials should probably be “booked on murder charges” for allowing political rallies during the pandemic.

The Election Commission, in its response said maintaining COVID protocol is the responsibility of state authorities and that the poll body had issued many directions.

The Madras High Court directed the EC to submit before it by April 30 a plan to ensure COVID-protocols are followed on May 2. Failing to do so will result in the court stopping the counting of votes, the bench warned.